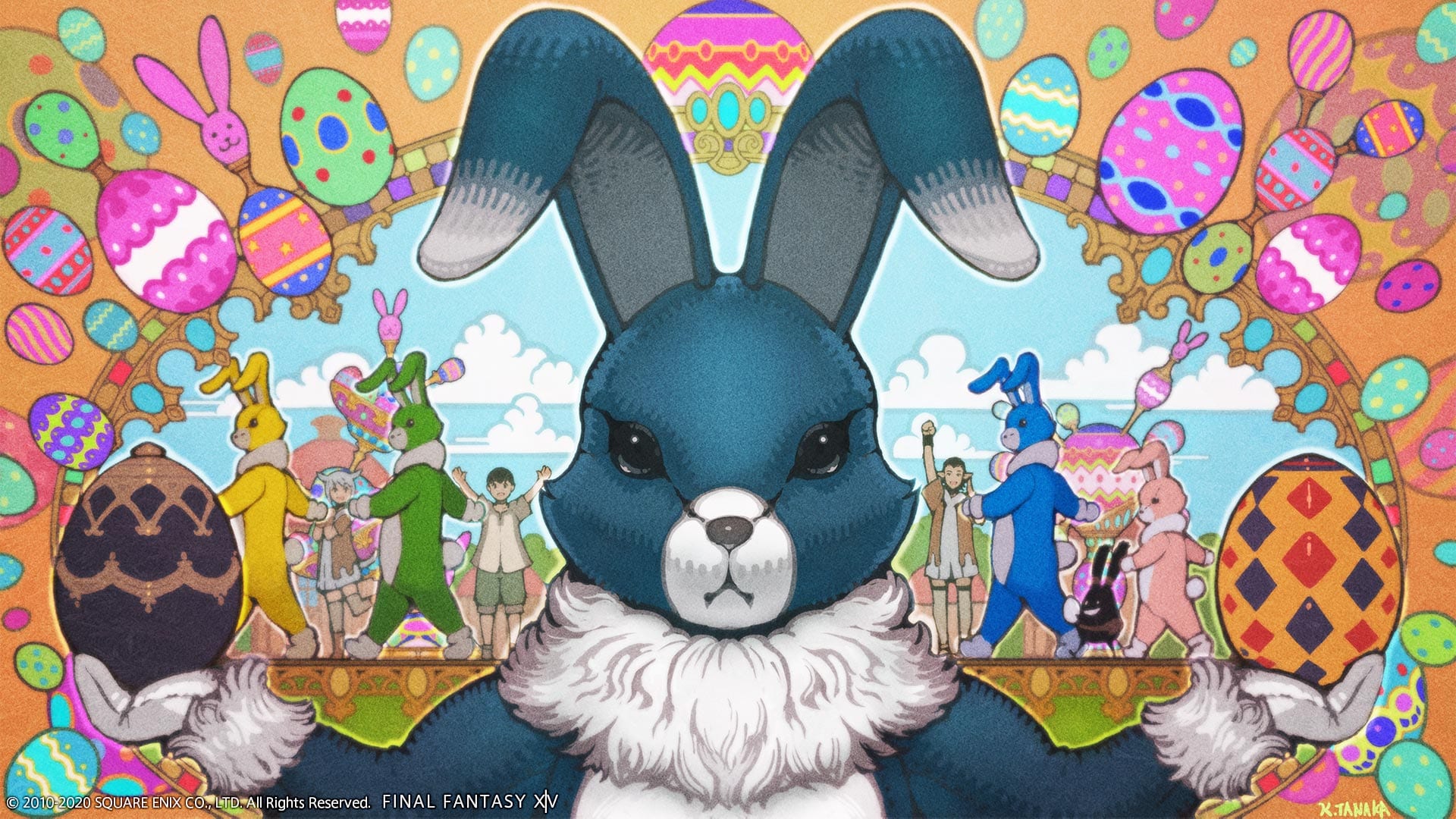 Final Fantasy XIV is one of the most active MMORPGs out there in terms of seasonal events, and Square Enix is preparing to celebrate Easter once again.

The celebration will be done with the traditional Hatching-tide event, which will happen in two chapters. The first is slated between March 30 and April 5. The second chapter will span the period between April 5 and April 13.

In order to enjoy the event, you need to be at least level 15 and talk to the Revelrous Rabbit in the usual amphitheater in Old Gridania.

The rewards are a rabbit mascot suit, a cute stuffed rabbit, and the usual poster for your house.

You can see them below alongside the usual lovely illustration created for the event.

Incidentally, the Hatching-tide event has a long history dating all the way to 2011. It only missed one year in 2013, when the servers were down due to the transition between the original Final Fantasy XIV and A Realm Reborn.

f you’d like to learn more about Final Fantasy XIV, you can read our recent interview with Naoki Yoshida and Banri Oda,  our review of Shadowbringers.

Final Fantasy XIV is currently available for PlayStation 4 and PC. A while ago, Xbox boss Phil Spencer pledged to help bring the game to Xbox One as well, but we haven’t heard about it since.