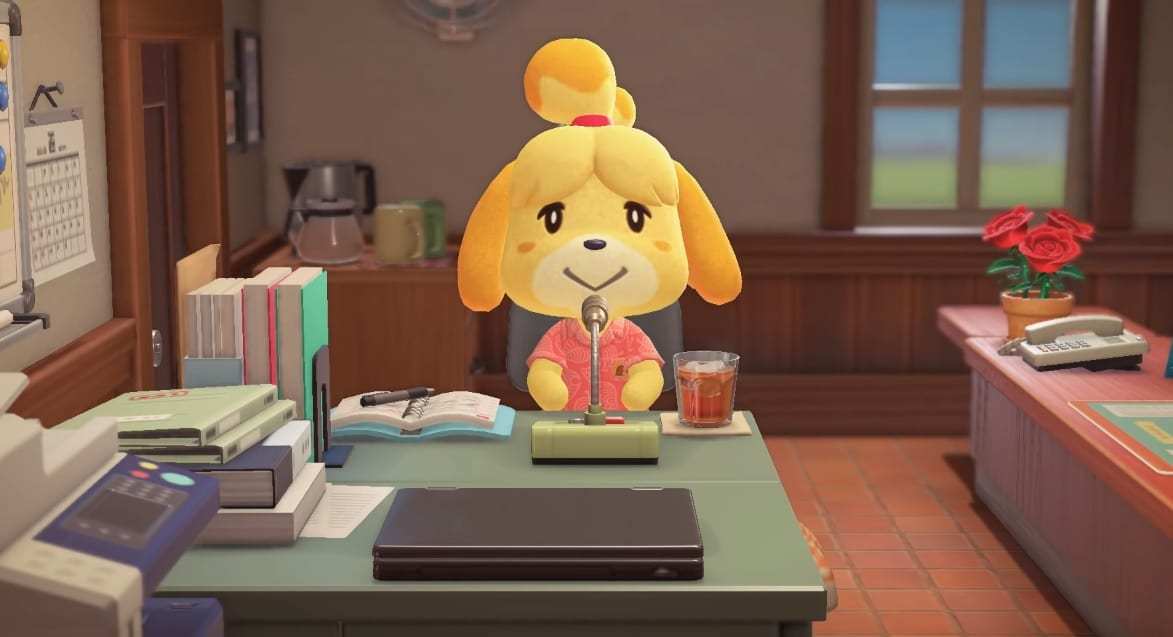 After playing Animal Crossing: New Horizons for about a week or so, you will eventually gain access to an upgraded Resident Services building in the town square and Isabelle will be available for you to talk to. You can tattle on the villagers in your town, change your island flag, and best of all: change your town tune.

You’ll be able to compose a nice little melody with 16 notes but if you’re someone who is not musically inclined, here are the best tunes from other video games that you might be interested in making your town tune.

Whisk away your fellow island visitors to another world with this majestic Final Fantasy Prelude town tune. Animal Crossing may not be a turn-based JRPG, but this little jingle makes it feel like one.

Lost Woods – The Legend of Zelda

If you one day decide to turn your deserted island in Animal Crossing: New Horizons into a sprawling maze for your friends to get lost in, this track being played in the background will surely make things worse for them.

We may be far away from Halloween but it’s never too early to start making your island a bit spooky. This Luigi’s Mansion town tune should do the trick.

If you’re playing Animal Crossing: New Horizons, then I suspect that you can appreciate the iconic Super Mario Bros. theme even a little bit. Give these notes to Isabelle and everyone on your island will be hearing the sweet jingle of this unforgettable track.

Song of Storms – The Legend of Zelda: Ocarina of Time

There are tons of memorable music tracks from throughout the Legend of Zelda franchise but the Song of Storms is one that really sticks out to me. Go ahead and put these notes into your town tune and maybe you should even dress up your character as Link or Zelda, just to really go all out.

I’m not going to say anything about Tom Nook being compared to an evil Star Wars general (let this video speak for itself), but if you want a devilish tone around your deserted island then this Imperial March will definitely do the trick.

It might scare away your villagers and friends though, so be prepared for that.

Who can forget that day in 2006 when everyone (yes, everyone) busted out their Nintendo Wii and jumped into the Mii Maker tool. You made yourself, your grandma, your mother, and anyone else around your home at the time just cause it was exciting and enjoyable to do.

Well, now you can make the Mii Channel theme song your very own town tune. Just make sure to change it after a couple of days –it might drive your town crazy.

Toss a Coin to Your Witcher – The Witcher Netflix Series

The Witcher fans and non-Witcher fans alike fell in love with The Witcher Netflix series late last year and Toss a Coin to Your Witcher blew up the internet with its catchy melody. Bring the song back into the mainstream by putting it on your town, it’s only the right thing to do.

Undertale used to have a bit of a cult following but now you have to admit that the indie title has way more of a reach than that nowadays –Sans is a costume in Smash Bros. for crying out loud!

Megalovania is hands-down the most popular track from Toby Fox’s Earthbound-inspired RPG and now you can place it on your deserted island to blast it over the speakers to your fellow neighbors.

Super Smash Bros. Ultimate is literally the ultimate crossover fighting game that brings together so many different video game franchises into one place. Why not bring that crossover love into Animal Crossing with this town tune of the Smash Ultimate theme? You gotta love it.

There’s no better feeling in Pokemon than catching a rare critter that you’ve been searching high and low for. Well, now you can have that satisfying jingle in your town 24/7 to let all of your friends know just how much you adore the Pokemon franchise.

The Lavender Town theme from Pokemon’s Kanto region is very, very creepy. There are some weird stories surrounding that quaint little town but if you like that kind of stuff, then go ahead and give this tune a whirl. Maybe this will even bring some ghosts to the island, I mean more than just Wisp.

Tetris has always been the go-to puzzle game but it’s gotten even more attention as of late thanks to some fantastic games like Tetris 99 and Tetris Effect so why not make the iconic theme song your new town tune?

(Credit to the Nooknet team for all of these images/tunes)