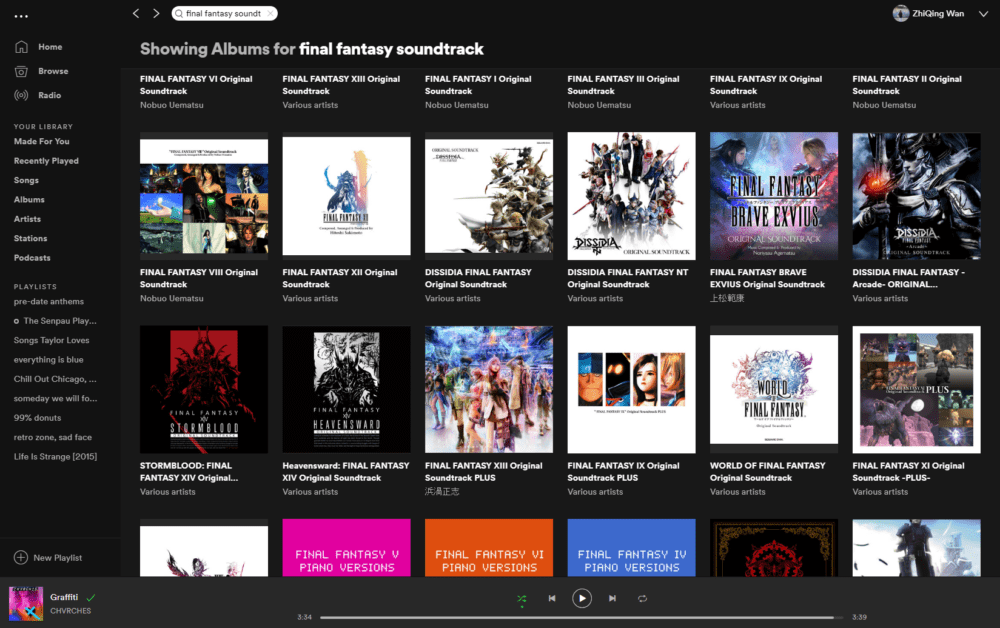 Video game music doesn’t really have a home on the music streaming service Spotify. More specifically, Japanese video game music rarely ever seem to make it on there, whereas western composers seem more open to putting their music on the service. However, Square Enix just surprised us by releasing several Final Fantasy albums on Spotify.

At the time of writing, it looks like you’ll be able to enjoy a whole variety of Final Fantasy music on the service, including all mainline games from FFI to FFXV, and even some of the side games like Tactics, Crisis Core, and Type-0.

And if you’re an FFXIV fan, you’ll also be pleased to know that all of the expansion music has been released on Spotify as well. The major arcs A Realm Reborn, Heavensward, and Stormblood are all on there. Going even above and beyond, however, Square Enix has also included the music introduced in the patches between expansions, such as the tracks from The Far Edge of Fate, which is pretty insane.

As for FFXII fans, it looks like only the Zodiac Age remastered music has made it on to Spotify, whereas the original soundtrack has been left behind.

If you’re a VGM enthusiast, or if you’re just a really big fan of Final Fantasy, this will undoubtedly make it much easier for you to enjoy the series’ fantastic history of music.