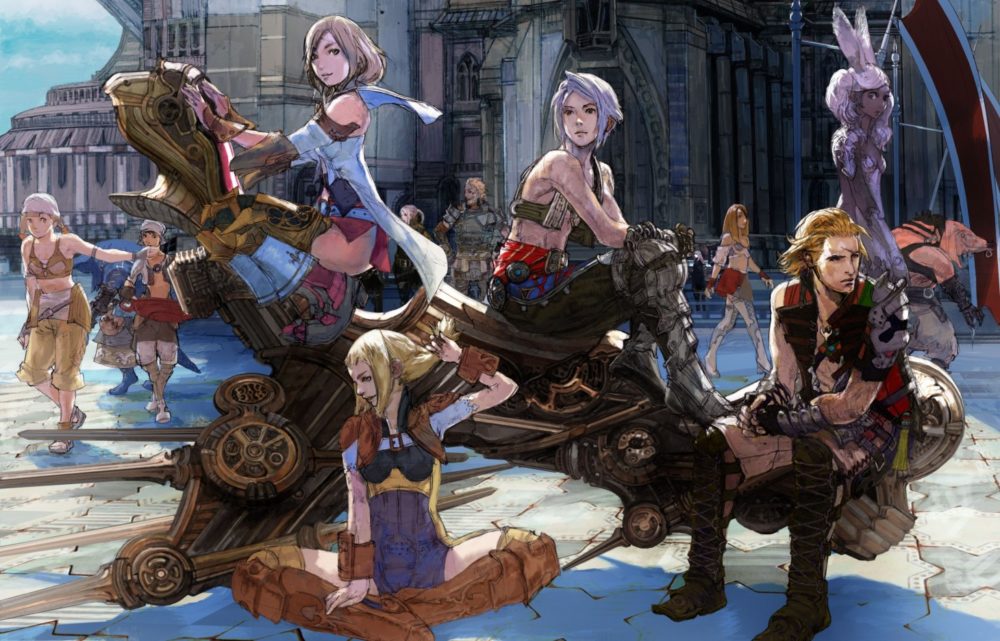 Final Fantasy XII is one of the few remaining single-player FF games I’ve yet to complete. I’ve played through the game’s opening hour a handful of times, but always ended up being turned away by the slow story setup and very odd MMO-style combat system.

This time, though, things are going to be different.

Final Fantasy XII: The Zodiac Age is finally out on the Switch, which means it’s the perfect time to jump back into it and give the game a proper chance. Not only is it now available on the handheld console, but I’m also armed with the lore and knowledge I’ve gotten from the latest set of Alliance raids from Final Fantasy XIV, titled Return to Ivalice.

When the Ivalice-themed raids were announced for Final Fantasy XIV, fans were understandably excited. After all, FF Tactics is generally regarded as the best non-mainline Final Fantasy game, and the continent of Ivalice itself is so rich with political intrigue and mystery. It’s an awesome setting, but also sadly one that I’d never gotten to experience myself due to never having played either Tactics or FFXII.

I did finish all three Ivalice raids in Final Fantasy XIV, though, and I’ve become reasonably familiar with Rabanastre and the Garamsythe Waterway. Revisiting those locations in Final Fantasy XII proper proved to be a huge treat as someone who vastly enjoyed those raids, invoking that pleasant ol’ sense of “Hey I got that reference” as I came across them in-game.

For starters, the parallels between the FFXIV and FFXII stories are an incredible bit of fanservice that I’m sure must’ve pleased fans back when the raids were first released.

Perhaps most exciting was meeting Fran for the first time in FFXII. While her appearance in FFXIV had little to no impact for me, a closer study of her role in Eorzea highlighted even more parallels with her position in FFXII, as well as led to more clues about what she was really doing there.

FFXIV makes sure to drop several hints about the princess that Fran serves, which is undoubtedly a reference to Ashe, even if we never actually see her in the game. Fran’s role in FFXIV is to continue strengthening the Dalmascan resistance in an effort to push back the Garleans, not unlike what the party of heroes had set out to do in Final Fantasy XII as well.

Most importantly, FFXIV was able to frame the story of the Ivalice legends through the eyes of playwright Jeromis cen Lexentale, and present them in a palatable enough way to players who weren’t familiar with either XII or Tactics. By retelling bits of XII’s story, but with the use of XIV’s parlance, Square’s already managed to produce a pretty convincing pitch on why these Ivalice-set games are worth checking out for the invested XIV players who haven’t already.

In Final Fantasy XIV, most of the boss and environmental tracks were taken out of Final Fantasy Tactics, but interestingly enough the one that stood out the most to me ended up being the boss themes from Ridorana Lighthouse.

The FF series has always been known for its incredible soundtracks and sweeping melodies, but the rousing orchestral booms of this particular track didn’t sound anything like any Final Fantasy soundtrack I’d heard before. Composed by Hitoshi Sakimoto, the style of music FFXII was markedly different from Nobuo Uematsu’s familiar melodic themes in past games.

Simply titled ‘Boss Battle,’ this theme from Final Fantasy XII thoroughly impressed with how well it captured the feeling of the tide turning in a battle. It was an impressive enough track when I’d heard it in Final Fantasy XIV, and I was even more thrilled to hear it play in its original game.

It’s no secret that Final Fantasy XII was one of the more polarizing entries back when it first released, though perhaps less so than the oft-maligned FFXIII. FFXII’s story was far more grounded in reality, and was more concerned with telling a dark mysterious tale about kingdom politics and backstabbing, rather than the usual romantic high fantasy plots we’ve gotten so used to.

XII is a very different kind of Final Fantasy game, which probably explains why I never got past the game’s opening act. It’s basically Star Wars, except instead of a Wookiee, you’ve got Fran.

My progress with Final Fantasy XII is going swimmingly; I’ve arrived at Bhujerba, and while the Gambit system still feels incredibly overwhelming and daunting, things feel like they might finally be starting to click. Thanks to FFXIV’s Ivalice raids, maybe this time I’ll actually see Final Fantasy XII through to the end.

Ticking off Ghost of Tsushima’s Map Is Incredibly Therapeutic