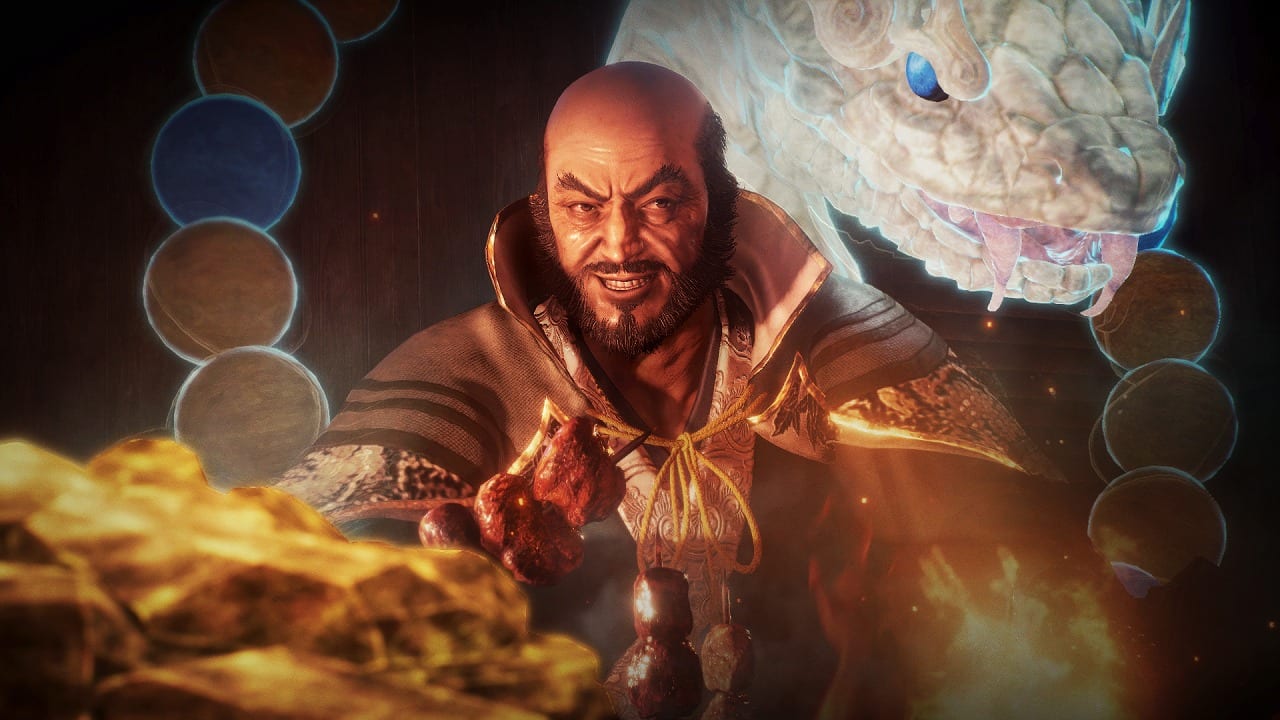 Today Koei Tecmo released another large back of screenshots and details of the upcoming Souls-like action RPG Nioh 2.

First of all, we meet a few new characters who will star in the game, starting with Saito Dosan.

Also known as the “Viper of Mino” he was the former daimyo of Mino province, currently Gifu prefecture.

Following his war against Oda Nobunaga, he was forced to relinquish the rule of Mino to his rival, alongside his daughter Nohime, who became Nobunaga’s wife. At the time of the game, he is retired.

Takenaka Hanbei used to serve the Saito clan, fighting against Nobunaga’s invasion of the province of Mino.

After occupying Saito’s castle at Mount Inaba he has become known as an exceptional general.

Moving on to youkai, we get to see Shibata Katsuie turned into a monster with huge fangs. His eyes emit malevolent red light and countless swords pierce his large back. What happened to him, who used to be a powerful warlord?

Miyoshino is a beautiful and mysterious female youkai. She used to live with the hero, but they were attacked and she used the last of her power to protect him, also entrusting him with a sword.

We also get to see two new stages. The first is a mysterious island where sinners are exhiled. One day, they became fighting among themselves, and the island became a lawless zone avoided even by its guards.

Many people who are sent there don’t even remember their crimes, and the regrets of those who have died there haunt the place.

Kitanosho Castle in Echizen is a fortress built by Shibata Katsuie on the land entrusted to him by Oda Nobunaga.

After being defeated at the Battle of Shizugatake, Shibata Katsuie retreated to the castle, where he was besieged by Toytotomi Hideyoshi.

We then get to see some Youkai abilities. The ability gained from the Ittan-momen lets you attack with strands of cloth that slow down enemies for a while.

The skill provided by the Ubume lets you cry a sorrowful scream that damages all enemies within range. It’s very effective as it happens multiple times.

Last, but not least, we see two guardian spirits in action, Bai Ze and the White Viper.