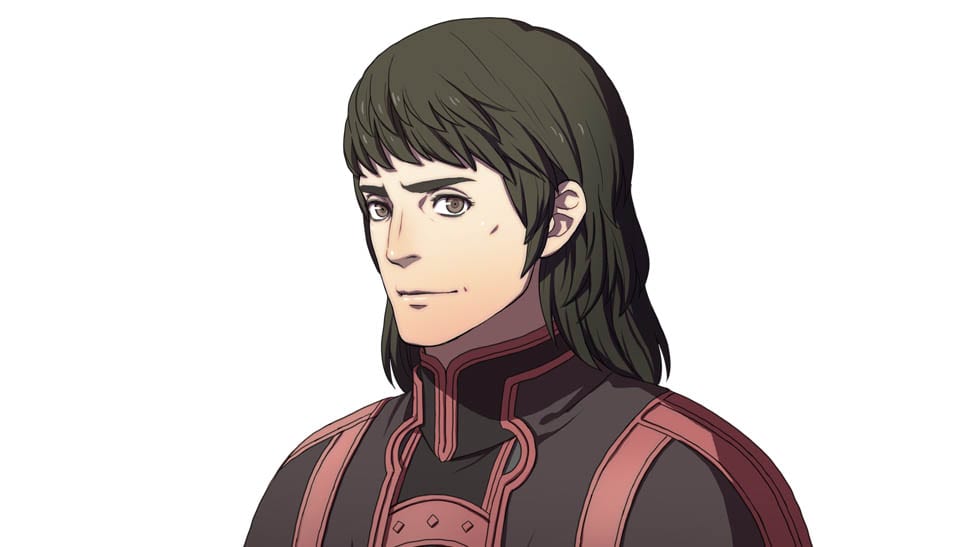 The new Fire Emblem: Three Houses DLC “Cindered Shadows” will add new characters, so Nintendo and Intelligent Systems are gradually introducing them as they did with the main cast before the main game’s release.

The fifth character to be showcased on the official Japanese Twitter account is Aelfric (Alphard in Japanese source 1,2), voiced by Daisuke Hirakawa, which you may know as Rufus Albarea in the Trails of Cold Steel series.

He’s the man who oversees Abyss on behalf of the Church of Seiros, and he managed to achieve the current state of relative order as opposed to the place being ruled by hunger and crime as it was before.

Calm and merciful, the people of Abyss have grown to trust him despite still being suspicious of the church itself. He is also the one who pushed for the establishment of the house of the Ashen Wolves.

The Cindered Shadows DLC will be released on February 12. It’ll also be accompanied by a free update. If you’d like to see more, you can enjoy the original announcement and a look at the leader of the Ashen Wolves, Yuri, another member, Constance, the third, Balthus, and the fourth, Hapi.