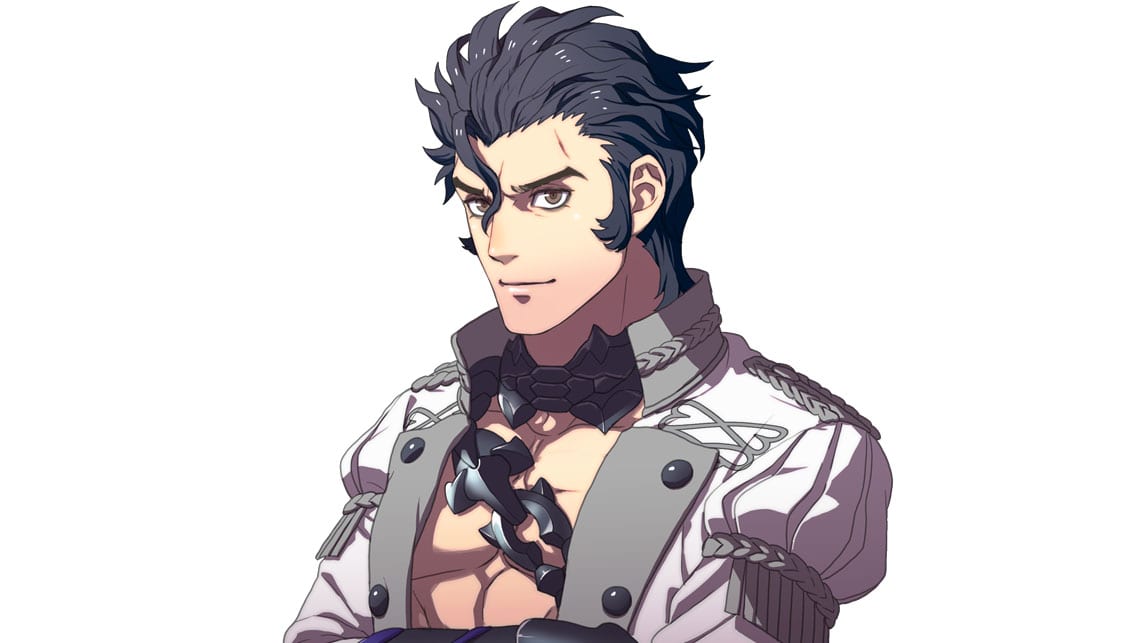 The new Fire Emblem Three Houses DLC “Cindered Shadows” will introduce new playable characters, so Nintendo and Intelligent Systems are gradually introducing them as they did with the main cast before the main game’s release.

The third character to be showcased on the official Japanese Twitter account is Balthus (source 1,2), voiced by Subaru Kimura.

He’s a rather rough dude from the Leicester Alliance, self-proclaimed “Leicester’s Fighting King.”

His over-the-top and carefree personality led him to be chased out of his country and he is now hiding in Abyss.

Driven by his desire to protect the people of Abyss and by his powerful survival instinct, he’s ready to beat up any intruder.

The Cindered Shadows DLC will be released on February 12. It’ll also be accompanied by a free update. If you’d like to see more, you can enjoy the original announcement and a look at the leader of the Ashen Wolves, Yuri, and another member, Constance.