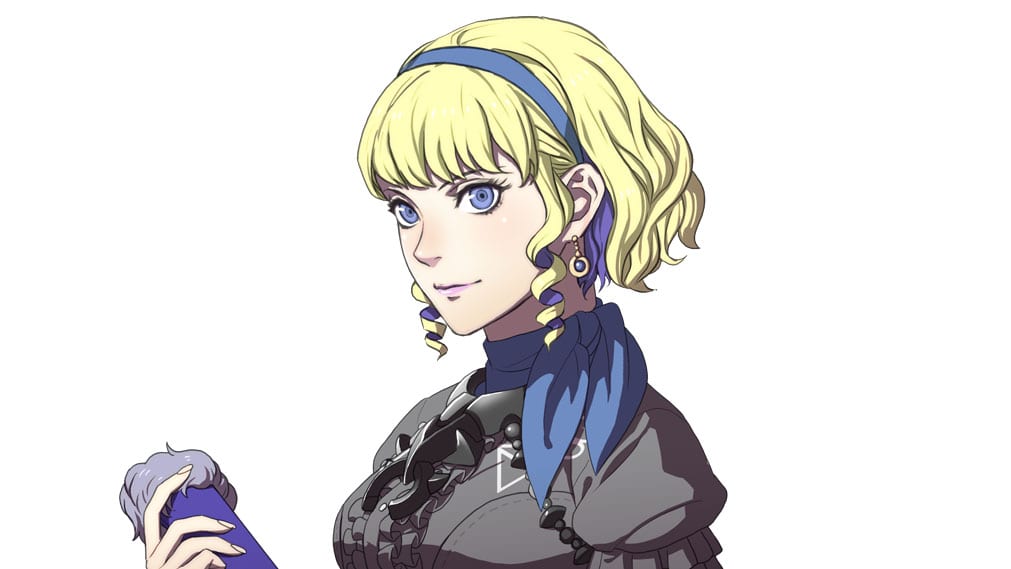 The new Fire Emblem Three Houses DLC “Cindered Shadows” will introduce new playable characters, so Nintendo and Intelligent Systems have resumed the introductions as they did before the main game’s release.

The second character to walk under the spotlight on the official Japanese Twitter account is Constance (source 1,2), voiced by Sarah Emi Bridcutt, whom you may know as Blue Mary in The King of Fighters XIV.

She is an aristocrat from the Empire, last heir of the Nuvelle family, that has been nearly exterminated during a war a few years ago. Despite being in Abyss, she has not given up the dream of reviving her house, and she’s actively looking for opportunities to achieve something that would compel the world to recognize her.

While her language is formal, she does nothing to hide her personality. And yes, she has that laugh, as you can see below.

The Cindered Shadows DLC will be released on February 12. It’ll also be accompanied by a free update. If you’d like to see more, you can enjoy the original announcement and a look at the leader of the Ashen Wolves, Yuri.