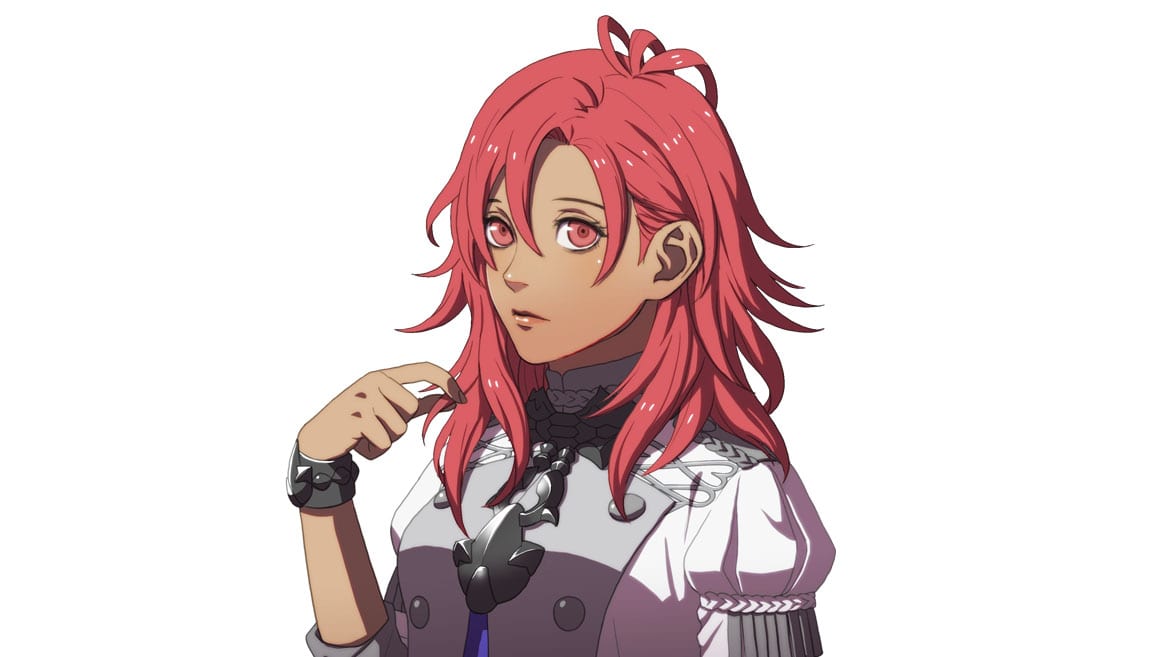 The new Fire Emblem: Three Houses DLC “Cindered Shadows” will introduce new playable characters, so Nintendo and Intelligent Systems are gradually introducing them as they did with the main cast before the main game’s release.

The third character to be showcased on the official Japanese Twitter account is Hapi (source 1,2,3,4), voiced by Sachika Misawa, which you may know as Strea in the Sword Art Online series.

On top of her we also get more info and images on how the DLC works with the main game.

Hapi is a laid-back girl who doesn’t hide her apathetic attitude. She usually doesn’t show interest about anything, yet she still fights to hold off those who would intrude in Abyss. It’s said that the reason why she is there is tied to her unique built.

We also learn that the save data of the DLC is independent from your main save of Three Houses. That being said, progressing in Cindered Shadows will unlock options in the main game.

For instance, clearing the first chapter of the DLC opens up the possibility to visit abyss in Three Houses.

During the first part of the main game you’ll be able to interact with the four new characters of the Ashen Wolves.

Depending on your progress in the DLC you’ll be able to scout them for your own house during the first part. Not only they will be playable in battle, but they will aptly look older in the second part of the game.

The Cindered Shadows DLC will be released on February 12. It’ll also be accompanied by a free update. If you’d like to see more, you can enjoy the original announcement and a look at the leader of the Ashen Wolves, Yuri, another member, Constance, and the third, Balthus.