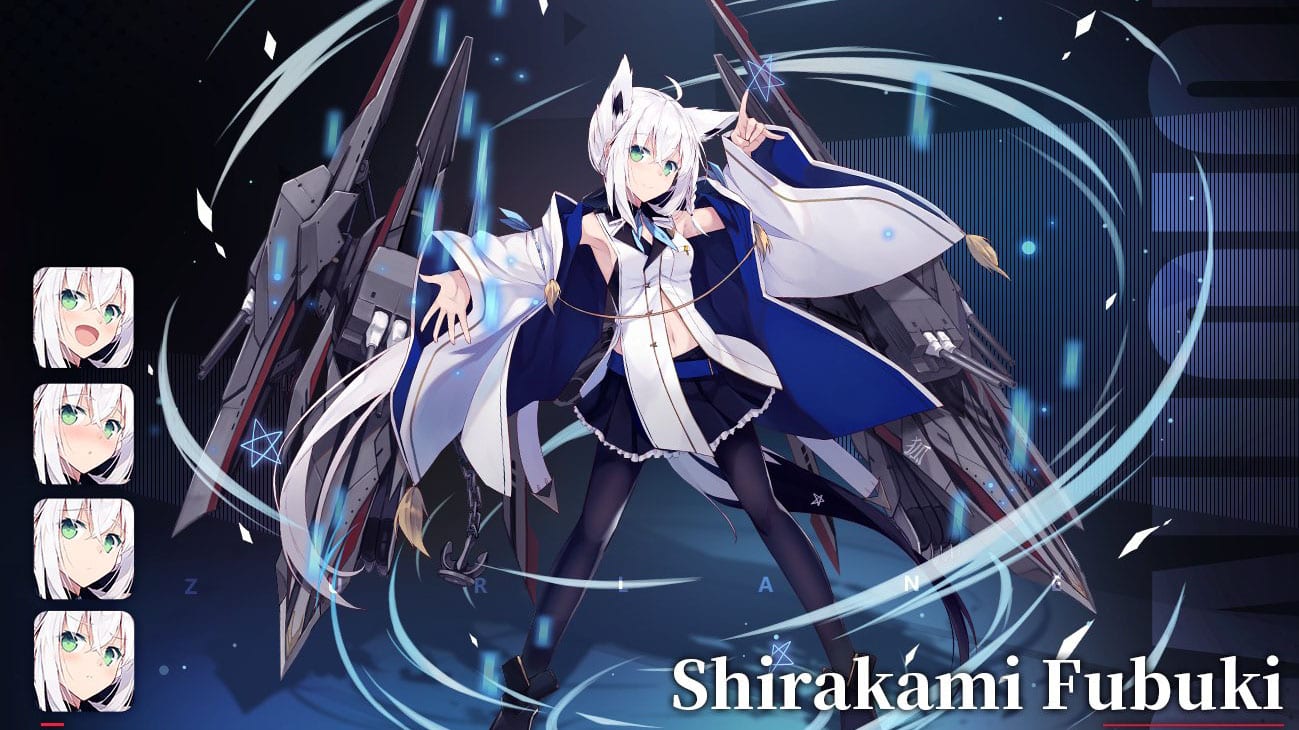 Azur Lane publisher Yostar has revealed a few new shipgirls coming to the popular mobile games, but this batch is special.

A little while ago we got the tease of a collaboration with the virtual YouTuber agency Hololive, and today we get to see what it entails.

Three new shipgirls have been revealed, representing some of the agency’s virtual YouTubers.

Shirakami Fubuki will be a SSR destroyer, Ookami Mio has been turned into an Elite aircraft carrier, and Natsuiro Matsuri is joining the fleet as an Elite destroyer.

You can see what they will look like in game below.

I guess the the old Kizuna Ai event worked well for Yostar, as they seem to be doubling down on a similar theme.

If you’re more interested in console games, Azur Lane: Crosswave has already been released for for PS4 in Japan, and it’s coming to the west next year with a PC version on top.