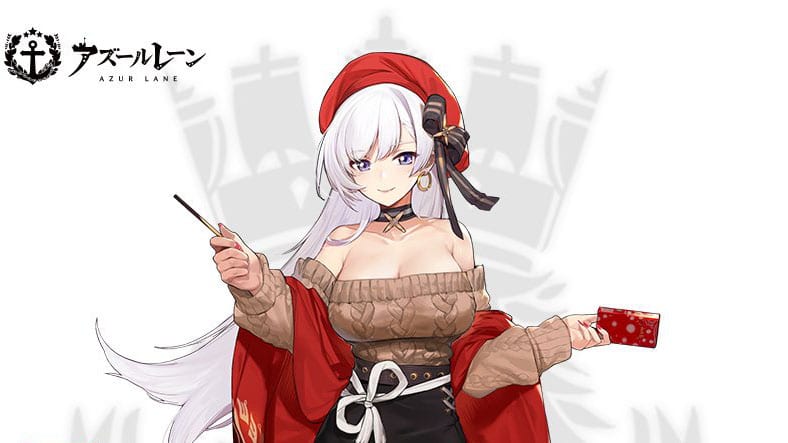 Azur Lane developer Yostar made a few interesting announcements about the future of the popular shipgirl-focused mobile game.

First of all, we get a tease of the event roadmap for the English servers over the next few months.

In Novemver, besides Thanksgiving and Black Friday, there will be a major event. The publisher mentions to save up your cubes, which usually means multiple shipgirls in the construction gacha.

December is mentioned as a month of patience and grinding with a lot of Shipgirls waiting to be… something. I’m guessing that’s a tease for upcoming retrofits, but that’s just my theory.

The Polaris idol-themed event currently going on in Japajn will come to the English servers in early 2020.

Speaking of things coming to the English server, the lovely new skin “Shopping with the Head Maid “for Belfast has been confirmed coming west.

Interestingly, this comes with a small funny detail that western (and even Japanese) players may not be aware of.

The stick on her right hand is obviously one of the most popular treats out of Japan, Pocky. So what’s in her left hand?

Turns out that’s actually a Pocky box, or it is in China, where Azur Lane is hosting a collaboration with the well-known chocolate sticks brand.

You can see the original artwork below. The collaboration apparently isn’t valid in the west and in Japan itself, so Yostar had to remove the brand from the box in order to release the skin in the west.

Last, but not least, the publisher announced an upcoming collaboration with Hololive.

If you’re unfamiliar with the name (and you likely are. I sure was), it’s an agency gathering virtual YouTubers including Tokino Sora, Sakura Miko, Akai Haato, and more.

At the moment we don’t know what the collaboration will entail, but it might be similar to the old Kizuna Ai event.

The Chinese weibo account hints to new characters added to the fleet, so that’s rather likely.

On the other hand, Azur Lane: Crosswave has already been released for for PS4 in Japan, and it’s coming to the west next year with a PC version on top.