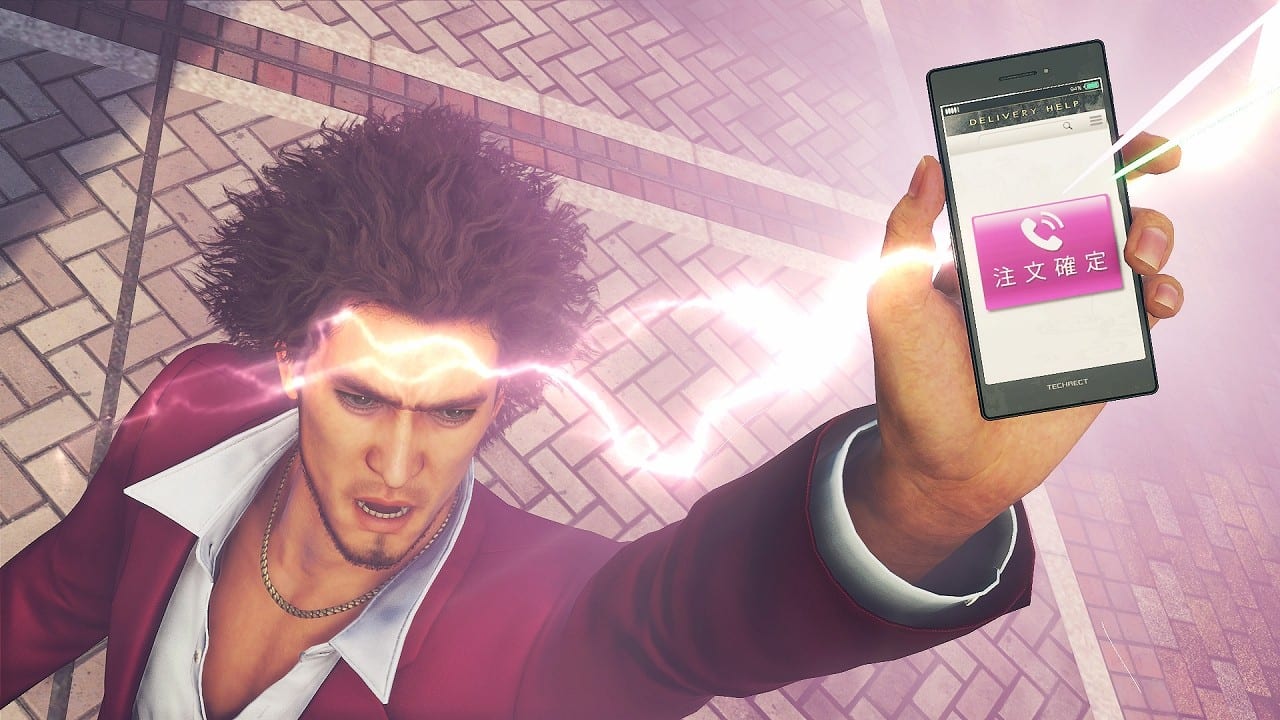 Sega is on a roll releasing new screenshots of the upcoming JRPG Ryu ga Gotoku 7, which will release in the west with the title Yakuza: Like a Dragon.

We learn that the new protagonist Ichiban Kasuga lived a lonely childhood in a soapland without knowing who his parents were. The only pleasure for him was playing Dragon Quest, which he had found in the office.

Driven by his loneliness and fascinated by Dragon Quest, who provided him with his first experience of an adventure, Ichiban always dreamed to become a hero fighting for justice side by side with his friends.

Since then, Dragon Quest has always been at the edge of Ichiban’s consciousness, and even in life-or-death situations, he fights enemies like they were monsters.

Due to this, in the game, the appearance of enemies will change as they were monsters, allowing the player to enjoy fighting unique opponents while maintaining the traditional Yakuza setting.

The Live Command RPG Battle system combines the traditional Yakuza action battles with RPG mechanics that everyone can enjoy.

Despite being turn-based, dynamic, high-speed battles will develop pretty much in real-time around the player. At the same time, this improves battle strategy greatly, with elements like positioning and environment having a significant impact on the battle.

On top of basic actions like attack, defend, and withdraw, there are original elements like “extreme skill” and “delivery help.”

Extreme skills include elements like attack, recovery, buff, and even what traditional Yakuza players know as “heat actions.”

Many extreme skills require pressing a sequence of buttons at the right time, so you can experience a feeling of action even in turn-based gameplay.

As mentioned above, positioning is important. If you attack a distant enemy, another can get in your way. On the other hand, if one of your characters is in the way of an attack, they can follow-up. The flow of battle changes rapidly in real-time.

There are many kinds of ranged and cooperative attacks, and their effectiveness varies on the position of the enemies and on the layout of the environment.

The result is a strategic battle system unique to this game, and not simply a “select command” thing.

Using elements of the surrounding as weapons is still in the game. There’s a bicycle close by your character will perhaps pick it up automatically and use it as a weapon, or they will kick an item laying in front of them right in the face of an enemy.

Ichiban’s base class is “hero” and he is a powerful all-rounder fighting with bats. He can learn flexible heat actions that can be adapted to many situations like “Buster Attack” or “Mega Swing,” which can hit enemies in a wide range.

He also has extreme skills that can heal his companions or buff their attack power.

Adachi, class is a “detective” combining the use of a baton with arrest techniques used by the police.

He is a powerful warrior-type that can use his left hand to strike and his right hand to restrain. He can even hinder enemy movements.

Namba’s base job is “homeless.” he can control pigeons, blow fiery blazes, and debuff them with his stinking breath. It’s basically like a mage-type wielding umbrellas and canes.

His normal attacks aren’t very powerful, but his “magical” attacks are. He can unleash a flock of pigeons or use a lighter and alcohol as a flamethrower. He even has an extreme skill that lets him “beg” enemies to receive items.

Saeko’s base class is “chimama” (which in Japan is the lady in charge of an establishment in a red-light district, in this case, a hostess club), which is basically the equivalent of a magic warrior.

She can use her handbag to knock down enemies and debuff them. She can blind them with her makeup powder, or self-strengthen with yoga.

Last, but not least, we take a look at the “Delivery Help” feature, which is basically a summoning service. Ichiban Kasuga can call the service and pay money and “summon” services with varying effects like area attacks or healing.

Summons with powerful effects cost a lot, so it’s relevant to save money prudently. As you advance in the main story and clear sub-quests, the variety of characters you can summon will increase.

If you’d like to see more about the game, you can check out the original reveal, the first trailer with English subtitles,  more trailers and gameplay, even more clips, another batch of videos, the latest one, and the previous gallery.

Granblue Fantasy Versus News Teased for Next Week