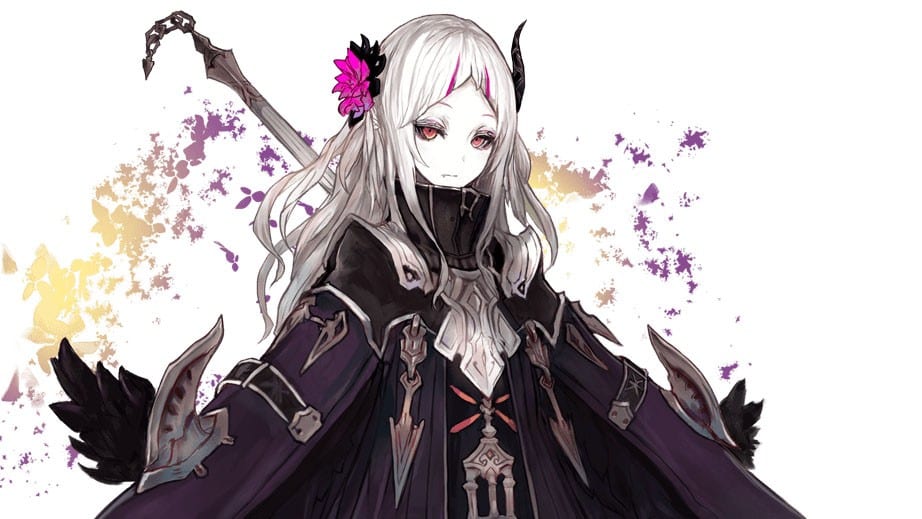 The trailer showcases Izana, one of the Daemon which will accompany us during the game, playing the role of both companions and as personifications of battle jobs.

Izana wields a giant scythe, which makes her a quite imposing sight on the battlefield despite her small size.

Below you can find an official description of Izana, directly from the official site.

“Able to maintain her composure in most any situation, Izana knows how to stand her ground. She is an aloof Daemon who observes the words and emotions of the living with great interest. Izana still holds distant memories of the cold tears of the dead and the twisted smiles of the living. She wields scythes that cut through large swathes of the battlefield with devastating power.

She can also move in the blink of an eye, enabling her to strike from the blind spots of her foes.”

If you want to see more, you can also check out the previous trailer showing Treys, another showing Zaav, one focusing on Wil, another starring Dia, the latest screenshots, another recent trailer, more images including a look at the mysterious Daemon, the previous trailer and screenshots combo, another batch of screenshots and another trailer, which debuted during a Nintendo Direct a while ago. Last, but not least, you should read our interview from E3 2019.