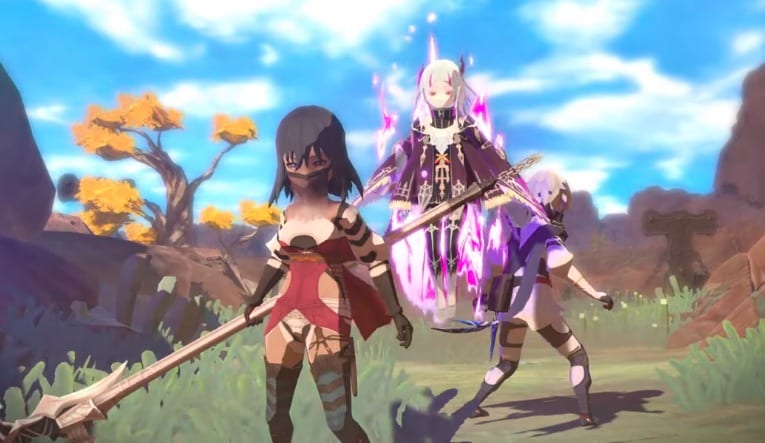 During Square Enix’s E3 2019 press conference, a brand new trailer was shown off for Oninaki. The RPG is being developed by Tokyo RPG Factory and will be released on Aug 22, 2019, for the Nintendo Switch, PC, and PS4.

This comes from the same team that worked on I am Setsuna and Lost Sphear, two titles that were inspired by old-school turn-based RPGs like Chrono Trigger.

For those that aren’t familiar with Oninaki, here’s a quick synopsis to get you caught up:

“Players assume the role of a Watcher named Kagachi, doing battle by “manifesting” the souls of Daemons, which act as the classes found in traditional roleplaying games.

Each Daemon has its own unique weapons and skills, and players can shift between them in real time to gain the upper hand in battle.

Moving between the Living World and the realm of the dead known as the Beyond, Kagachi must save the souls of the Lost, as the story of life and reincarnation in this wondrous kingdom unfolds.”

You can check out the new release date reveal trailer down below:

For more on everything Square Enix and E3 2019, make sure to search for Twinfinite. We will have tons of news, hands-on impressions, and features, as the week continues.