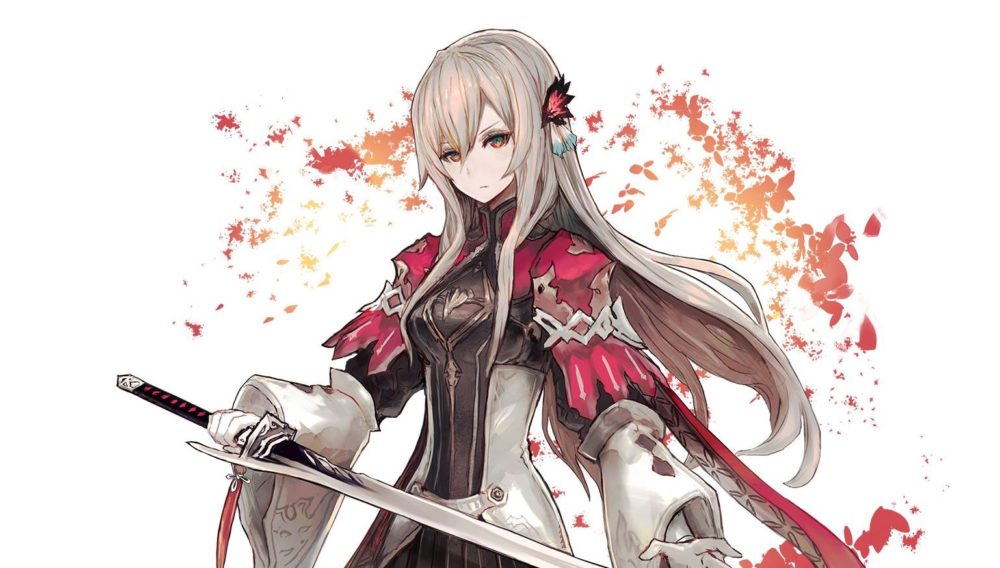 The screenshots focus on the same topic as yesterday’s trailer, showcasing the daemons and plenty of battle action.

Lost souls normally turn into demons after a while, but among those are some who are pure and harness very strong feelings. They become an existence called “Daemon” instead. They will become powerful and gain the power to repel normal demons, taking on the role of guardians and mediators between the living and the dead.

By bonding with them, protagonist Kagachi can harness their powers, weapons, and techniques. Basically, they play the role of jobs or classes in the game. You can switch among them in real-time according to the situation.

The player can organize his Deamons at monuments that are scattered across the maps, and up to four can be equipped at any time. Any Daemon that is equipped can be switched in and out instantly with the press of a single button.

Each Daemon has their own skill tree. By collecting the “onidama” dropped by enemy demons you can progress through the trees and learn more powerful techniques. For each daemon, you can equip up to four skills to use in battle according to your playstyle.

Do keep in mind that the localization here offers a chance for confusion. “Daemons” are those who act like jobs, while “demons” are enemies.

Among the Daemons of Oninaki we have Aisha, a passionate and loving lady who has been with Kagachi for a long time. Her weapon is her sword and since it allows Kagachi to avoid attacks by dashing, she is a good balance between attack and defense.

Spear user Zaav is a serious Daemon with a strong sense of justice. He can deliver aggressive long-range attacks and has a long jump ability to close distances.

Axe user Wil is a bright and friendly Daemon, but because of what happened in his previous life, he’s afraid to truly trust others. He has extreme attack power that can even break an enemy’s guard, while he can guard himself to parry enemy attacks (even while moving) and deliver a powerful spinning slash.

“Shotbolt” user Dia is an elegant and polite Daemon, who always prioritizes others over her own needs. She is excellent at ranged attacks by using both a gun and a crossbow. She can use multiple jumps to kite enemies and shots that hit in a wide area.

Lastly, Izana is the scythe user. She is always calm and she never gets thrown off balance by anyone else. She is a lone wolf who keeps observing the world and the feelings of the living.

She can use wide-range destructive attacks, strike enemies from their blind spot, and even stand back-to-back with Kagachi to hit in a 360 degrees radius.

You can check out all the screenshots below. If you want to see more, you can also check out the previous trailer and screenshots combo, another batch of screenshots and another trailer, which debuted during a Nintendo Direct a while ago.

Oninaki releases in the west this summer for PS4, Nintendo Switch, and PC via Steam. The Japanese release for consoles only will happen on August 22.