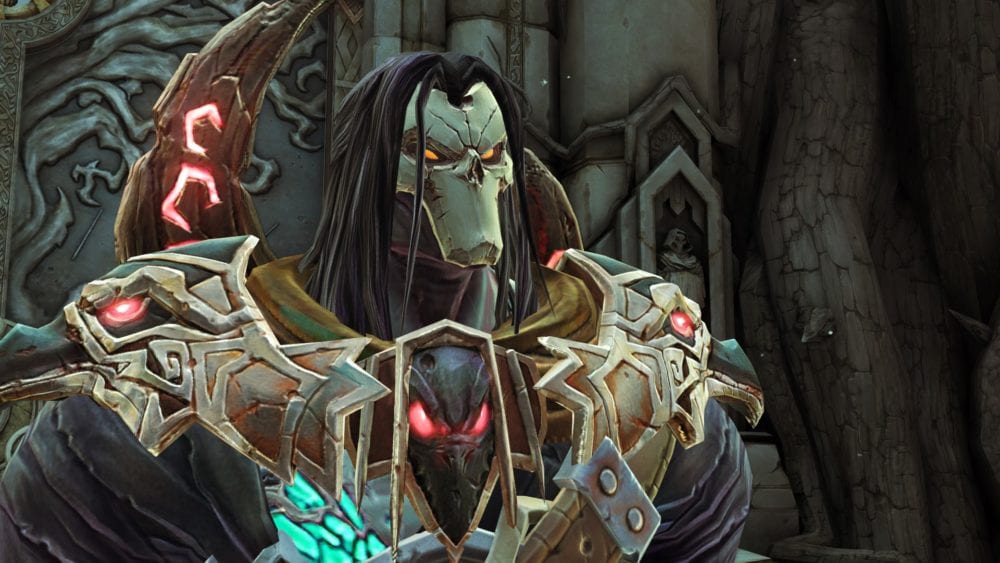 Hot off the heels of Darksiders III, Darksiders II Deathinitive Edition is coming to the Switch. Today publisher THQ Nordic released a trailer revealing that the fantasy hack-and-slash would arrive on the console at the end of September.

This may not come as too much of a surprise, as back in May THQ-owned Koch Media’s website accidentally revealed a listing for the game on Switch, although the release date was set for August. This was quickly taken down but the element of surprise had already gone, meaning that many fans had already been expecting the release for some time.

Darksiders II is set in a world torn apart in an epic war between Heaven and Hell. You play as Death, the most feared of the legendary Four Horsemen of the Apocalypse, as you embark on a quest to end the war once and for all, save the Earth, and clear your brother’s name.

The Switch trailer highlights some of this story with a demonic voice-over that touches on the game’s forefront battle between good and evil. You can watch the trailer below, which also does a great job of showing off the remastered graphics as well as the series’ bloody hack-and-slash combat.

In addition to the base game, The Deathinitive Edition comes complete with all DLC included, as well as reworked level designs and some fine-tuning on balancing and loot distribution.

Darksiders II Deathinitive Edition launches on the Switch on September 26 and will be available both physically and digitally for $29.99.