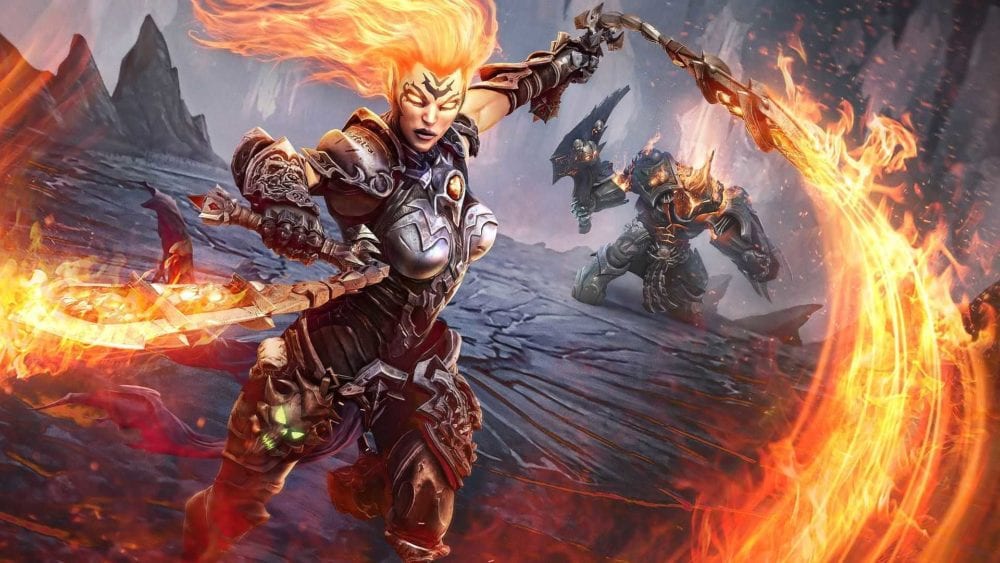 Darksiders III’s latest DLC pack, Keepers of the Void, is out now, and its launch trailer makes sure players know what it has to offer.

Streamed by the official Darksiders YouTube account, the trailer provides brief glimpses of the challenges and enemies the horseman Fury will have to overcome in the game’s new content.

Tasked with eliminating an ancient threat from the serpent holes by Vulgrim, she’ll need to defeat hostile stone guardians, decipher fiendish puzzles and make her way deep into the depths of the ancient structures.

It isn’t without its rewards though; in addition to strengthening her Hollows, the adventure will see her gain the Abyssal Armor, a piece of equipment as legendary as it is powerful.

It’s a decent set up, and the trailer sprinkles in plenty of glimpses of the action players can look forward to. This includes new weapons and attacks tied to each Hollow form, as well as what appears to be a brand new enemy execution.

The full launch trailer can be viewed down below.

Originally released on Nov. 27, 2018, Darksiders III is the third entry in the Darksiders series. In it, players take the role of Fury, one of the Four Horseman the Apocalypse who is tasked with tracking down and killing the Seven Deadly Sins.

The game saw mixed to decent reviews at launch, with critics and fans praising its combat but maligning its poor writing and technical issues.

The game has received one DLC expansion pack prior to Keepers of the Void, that being the arena combat-focused add-on named The Crucible.

Both The Crucible and Keepers of the Void, as well as the base game, are currently available on PlayStation 4, Xbox One and PC.

For more on Darksiders III, check out our full review of the title.