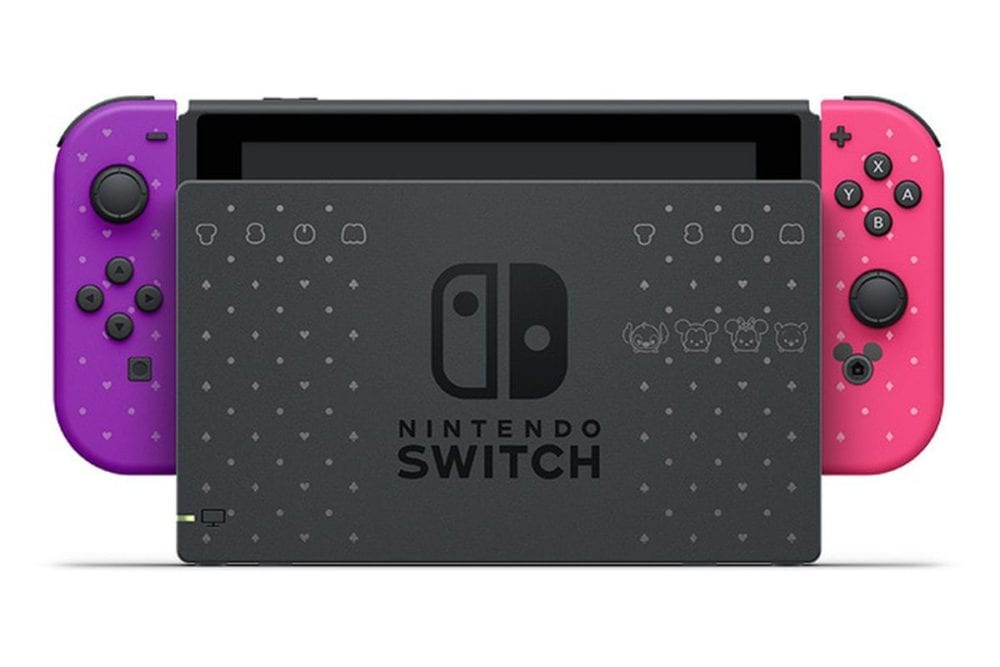 If you’re a fan of Disney now’s certainly a good time to be living in Japan, as today Nintendo unveiled a new special edition Switch design as part of a tie-in to the upcoming Disney Tsum Tsum Festival. It’s adorable, it’s pink and purple, and it’s sadly only available in Japan – at least for now.

As reported by The Verge, The Tsum Tsum Festival Switch comes with pink and purple left and right Joy-Cons, respectively, both of which sport a fine, Minnie-esque polka-dot print that fades and becomes more noticeable according to the light. This same pattern can also be found on the dock, while sickeningly cute designs of Disney characters(the Tsum Tsums themselves, if you’re unfamiliar) and the words “Tsum Tsum” are on the back.

This special edition is also one of the new Switch systems that have an improved battery life and, perhaps just as importantly, the home button has Mickey Mouse ears.

Party game Disney Tsum Tsum Festival is set for release later this year in October and it makes a lot of sense for Nintenso to celebrate with a change of hardware, seeing as this is the first console game to be based on a line of real life cuddly toys.

It’s also pretty good timing when you consider Nintendo’s recent announcement of the Switch Lite, as well as an expanded range of Joy-Con colors. It seems like Nintendo’s beginning to move the Switch in a more variable and customizable direction.

So far there’s been no word on whether or not the Tsum Tsum Festival Switch will make it out of Japan, but if the Disney-specific design has captured your heart, it may be worth looking into import options. This new Switch will be released as part of the Tsum-Tsum Festivalbundle in Japan on October 10th and will sell for 36,080 yen(around $333).