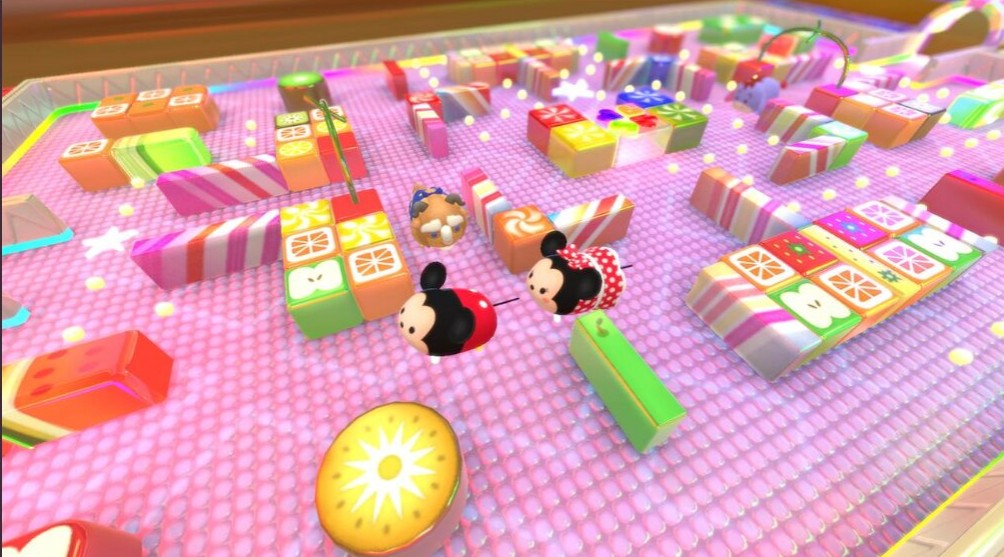 Nintendo had quite a few announcements to share during their latest Direct, one of which was a brand new party game called Disney Tsum Tsum Festival. The game features a wide array of characters based on the Disney Tsum Tsum line of toys.

The party game supports up to four players and lets you play through a variety of different minigames and activities. The trailer shown off had quite a variety of games like curling, some kind of maze activity, and a puzzle game that has you flipping the switch vertically.

It looks like the title is based on the mobile game, but updates everything to 3D, in terms of both visuals and gameplay. This marks the first time that Disney Tsum Tsum have ever appeared in a console video game as well.

You can take a look a the full trailer down below.

Disney Tsum Tsum Festival is set to launch sometime in 2019 on Nintendo Switch.

Make sure to check out some of the other big announcements from the Direct, like the trailer for Super Mario Maker 2, or the remake of The Legend of Zelda: Link’s Awakening. There was even a gorgeous new Platinum Game title announced, called Astral Chain.