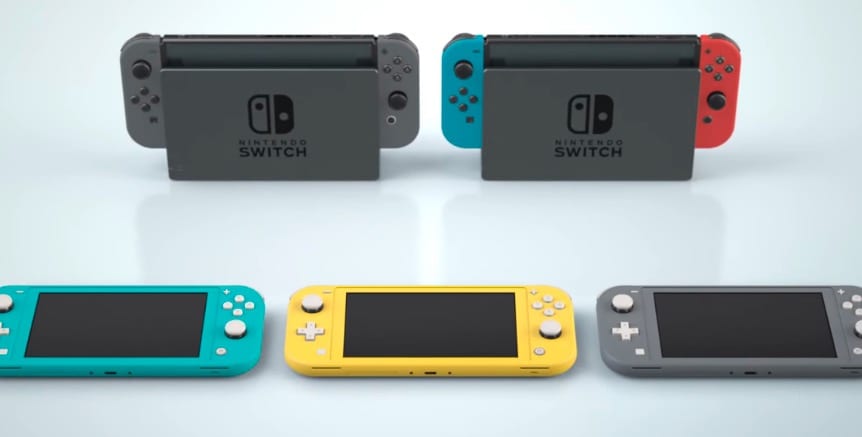 Just yesterday, Nintendo stealthily announced a cheaper, portable-only version of the Switch, aptly called the Switch Lite. It doesn’t come with detachable Joy-Cons, it cannot connect to a television or dock, and it’s $100 cheaper than the original Switch, making it a great choice for parents who are looking for early Christmas gifts for their little kids.

But that’s the thing with the Switch Lite, I think it’s only good for children who have no need for gaming on a big screen television. We published an opinion piece yesterday about the Switch Lite and how it doesn’t make much sense because it doesn’t do what the Switch is praised for: being able to “Switch.”

Not having the option to play on a TV is unfortunate, but since it is cheaper than the original Switch, it makes sense as to why that is. It costs less for Nintendo to put this thing out since it doesn’t come with a dock, HD rumble, IR sensors, TV output option, or a kickstand.

It’s a great way for people to have access to the amazing titles that Switch has to offer such as Breath of the Wild and Super Mario Odyssey (just to name a few). But looking at all of the features that are missing from the Switch Lite and its smaller screen size, I think Nintendo could have definitely dropped the price point a little bit more.

So, if you take a look at the Switch dock itself on online retailers, it costs about $89.99 –that’s a lot of money for a measly piece of plastic that lets you charge your Switch and output an image to a television. If you round that up, that’s basically $100, the difference of the cost of the Switch and the Switch Lite.

I think that Nintendo could have easily released the original Switch, with Joy-Con and all, without the dock and call it a day. There was no need to make the screen smaller and make a bunch of games inaccessible and/or hard to play simply to make a different model.

Since Nintendo decided to make the Switch Lite inferior to the original Switch, why isn’t the price point much lower? I think $150 would have been that perfect sweet spot for consumers and would have made way more sense in the grand scheme of things.

If the dock itself is almost set a price of $100, the Switch Lite should have just been a dockless version of the regular Nintendo Switch. Taking away the Joy-Con and the ability to play on the TV takes away what the Switch is all about.

I’m 100% sure that this system will still sell like hotcakes when the release comes around, especially around Black Friday and Christmas, but a lower price point would have been better and would have made much more sense.

You can watch the original reveal trailer for the Switch Lite down below: