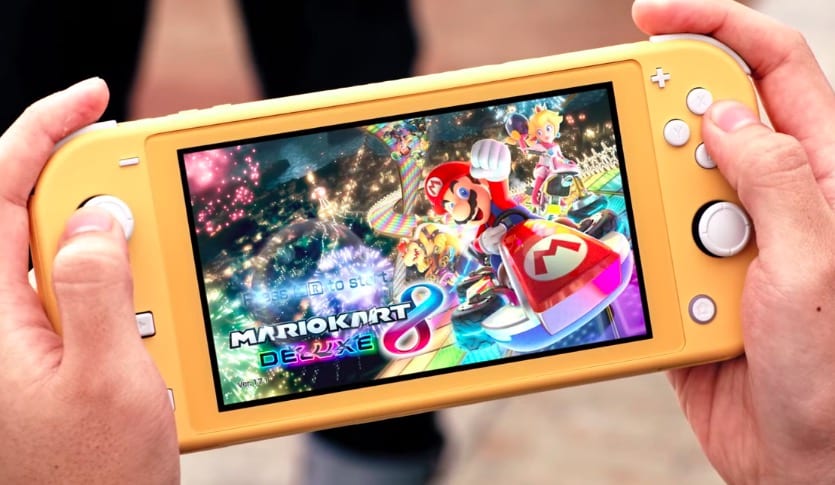 Nintendo has just revealed that they are, in fact, releasing a cheaper handheld only version of the Nintendo Switch console. It’s called the Switch Lite and will be coming this Fall season to a store near you.

This lite version of the popular console will have some different features, considering that it’s less costly than the original Switch. Here are some fast facts that you should know about the Switch Lite.

The Nintendo Switch Lite will be releasing on Sep 20, the same day that The Legend of Zelda: Link’s Awakening launches and just one month before Pokemon Sword and Pokemon Shield release.

Not only is the Nintendo Switch Lite a cheaper version of the hybrid console, but it’s actually lighter, physically smaller, and has a smaller screen. Instead of the 6.2-inch screen, the Lite’s screen is 5.5 inches.

It has the same resolution as the original Switch (720p) but since the screen is smaller, playing games might look a little bit sharper than usual. Although, this might make the in-game text a bit harder to read –something to keep in mind if you have trouble with your eyesight.

Being able to choose which color you want for your new console is one of the most important aspects of the purchase. While the original Switch only had two options for consumers, the Switch Lite has three colors to choose from.

You have a calming turquoise, a bright yellow, and a solid grey, but wait, there’s more!

If you’re very excited for the launch of Pokemon Sword and Shield, there’s going to be a special limited edition Switch Lite that features designs of the two legendary Pokemon, Zacian and Zamazenta, on the back of the console.

This limited console will be releasing on Nov 8, just a week before Sword and Shield. Preorders aren’t up just yet, but we will let you guys know when that happens. Also, this edition will cost $199.99 as well, so don’t expect it to come packing with any games.

Even though the Switch Lite is smaller and more compact than the original Switch, you can expect to see much longer playtimes for most games, around 20-30%.

According to CNET, the Switch Lite uses a more efficient processor that enables smaller heat vents on top of the system.

So, if we do some hardcore math, games that last for four hours or so (undocked) will now be able to played for about five hours– quite a big difference if you ask me (more time for Zelda).

Since the Switch Lite won’t be able to connect to a dock or a television, Nintendo has removed the detachable Joy-Con and in turn, the HD rumble and IR sensors.

This is kind of a big deal since there are several games that use the Joy-Con for motion-controlled gameplay such as 1-2-Switch and the catching mechanic in Pokemon Let’s GO.

As I mentioned before, the Switch Lite will not have any sort of rumble, which can really diminish the feeling of certain games like Mario Kart 8 Deluxe and Super Smash Bros. Ultimate.

If you’re thinking about purchasing a second Switch, you might be wondering if there will be a way to transfer your content such as games, save data and such over to your new Switch Lite.

According to Bowser, there are plans in the works to make that happen.

We’re not sure if you’ll be able to log into your Nintendo account and redownload your purchases titles to a new console or you literally have to transfer over the licenses but hopefully, it’s the former and not the latter –only time will tell.

The original Switch did away with the D-pad that was found on other Nintendo consoles and replaced it with four direction buttons similar to the ones on the right side of the Switch.

Surprisingly, the Switch Lite will be bringing the D-pad back, making NES games or other classic titles easier to control, just like the old days.

President of Nintendo, Doug Bowser, states that future Joy-Con for the original Switch will not be getting a D-pad, at least there are no plans to do so at the moment –it’s an exclusive feature for this cheaper Switch model for some reason.

Luckily, even though it’s cheaper, the Switch Lite will include most of the same internal features that the original had.

It’ll have 32 gigabytes of internal storage, a microSD card slot, same volume control button, a headphone jack, a USB-C port for charging, and it will come with a charger (thank goodness).