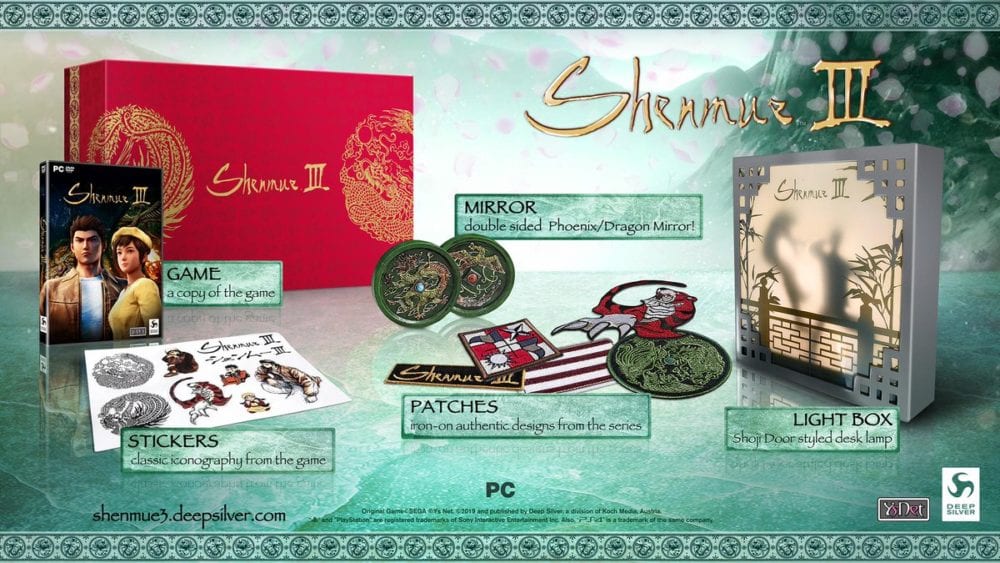 This special edition of the game will be released in North America and is being distributed by Limited Run Games themselves.

Fans of the series who wish to pick up the package can expect to get these items:

Earlier today, Yu Suzuki came onto the stage during the PC Gamer conference to show more footage of the next entry in the cult favorite series and announce that it would be coming to PC as an Epic Games Store exclusive.

If you want to see even more about the game, you can also check out a recent batch of screenshots, the previous trailer which finally showed a glimpse of combat, another gallery of screenshots, even more recent images, additional images from a few weeks ago and a video showcasing the making of the English voice acting.

Shenmue III will finally release for PS4 and PC on Nov. 19, following another delay.

You can also check out the whole press conference for a full look at all the news for PC gamers revealed today.