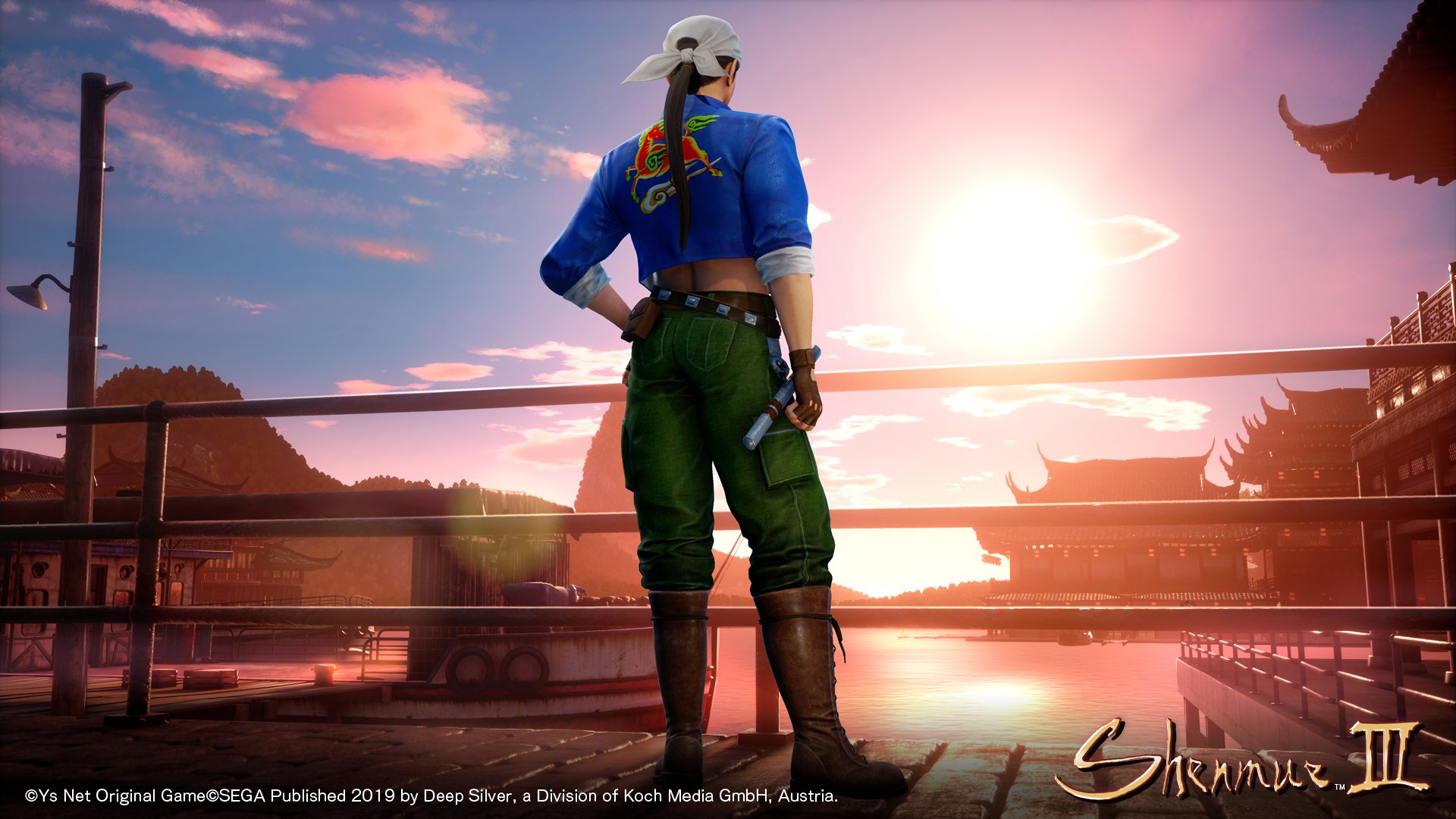 Ys Net is preparing for a new Shenmue III reveal, and screenshots are filtering through at an accelerated pace.

The game and its Director, Yu Suzuki, will appear at the Monaco Anime Game International Conference (MAGIC) on March 9, but we don’t need to wait to see more.

Shibuya Productions took to Twitter to showcase two more screenshots alongside the one featuring Lan Di which we have already seen.

One of the images shows off the unmistakable back of Wuying Ren, who appeared in both previous games of the series and will apparently appear in the new one.

The second screenshot showcases an interior scene, and it appears to be a hallway within a ship if the paneling and windows are an indication. The scene is really detailed, showcasing great texture and shader work. It’s safe to say that the game has come a long way over the past year or so.

If you want to see more, you can also enjoy two additional screenshots from a few days ago and a recent video showcasing the making of the English voice acting.

Uzumaki Anime Is now Coming in 2022; Gets New Teaser Trailer