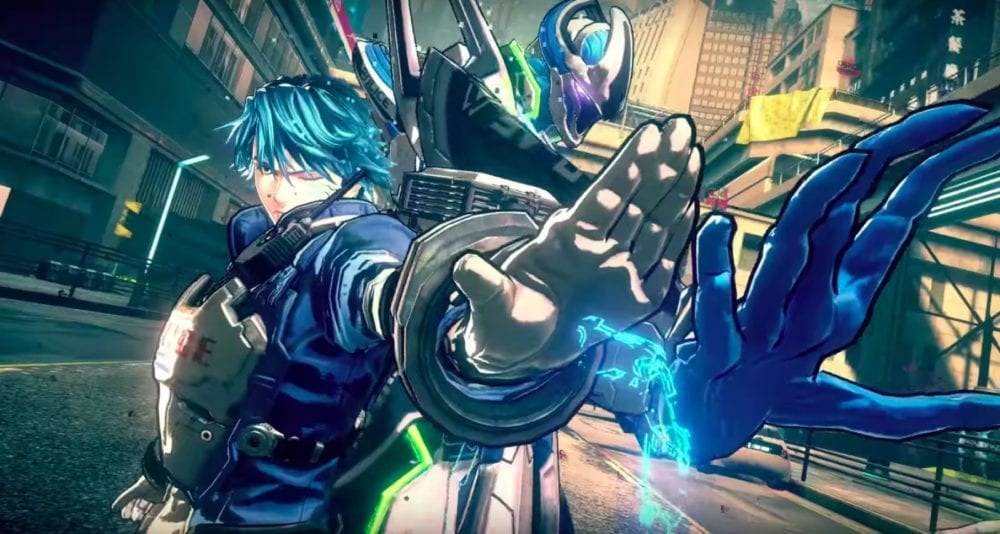 During an interview with Polygon, lead designer Takahisa Taura stated that Astral Chain started out as a fantasy game with magic until Nintendo stepped in.

When the idea of the cyberpunk setting was mentioned this is what Taura had to say,

First off, I should start by saying that we didn’t start working on Astral Chain thinking we’d make a cyberpunk game. We were actually trying to make a fantasy game where you would use magic.

What you see now is the result of talking a lot with Nintendo along through the development process, because we realized that there were lots of other games set in a fantasy setting. We wanted to make Astral Chain stand out among other games. And that’s what you see now.

Taura also mentioned how the game would be structured saying that it will be somewhere in between the level-based Bayonetta 1/2 and the open-worldness of NieR: Automata. Players will be able to select levels that are connected to the main headquarters (the police station). He elaborates on this,

Essentially, crimes or incidents will occur, and the player will leave from the police station to go to the crime scene, where they will battle enemies, investigate crimes, and look around and find things.

You can go back to the levels that you’ve already cleared and try to replay them. You know how Bayonetta proceeded in a linear fashion and Nier [Automata] had kind of those large, open areas where you could explore and find additional things? [Astral Chain] is in the middle of those two.

Among other details about the game such as stating that the game took inspiration from various anime series such as Ghost in the Shell and Appleseed, Taura also compares Legion fighters that will assist you in battle to Pokémon,

The Legions started as Chimera, were captured, and have been put under control. They have armor attached to them and also have a mental synchronization with their wielder.

It’s kind of like Pokémon in that sense, but it’s different from them in that the Legions are connected by a chain that creates a mental link between them and the main characters. In the beginning, they’re not as obedient as they get later on. But they come to understand each other better together.

If you want to see more about the game, feel free to check out 3 details you may not know about, the gameplay showcased during Nintendo’s E3 Treehouse event and even more gameplay from that same event a day prior.