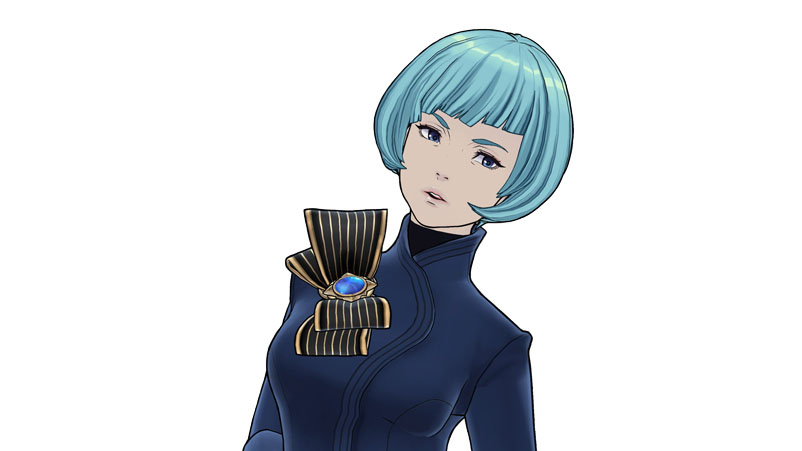 We get to meet six new characters starting with Renju Okiura. He’s the owner of the Lemniscate entertainment agency to which A-Set belongs and of the Sunfish Pocket maid cafe. He has known the protagonist date for five years.

Hitomi Sagan is A-set’s mother. She has no husband and her parents died when she was 17 in an accident. Due to that, she has taken care of A-set by herself. She can’t move her right hand due to an old injury.

Garasu Nadakai was found dead at the merry-go-round of the amusement park “Bloom Park” on a Friday night of November. She was missing her left eye.

So Sejima is a politician who grew up in poverty. Due to that, he has a strong complex towards members of the upper class, to which he aspires to belong.

Mama is the owner of the bar “Marble” in Kogane Yokocho in Shinjuku. Both Date and Okiura are regulars at the bar, and she acts as a sort of informant.

Mayumi is Keita’s mother. She has contracted a big debt with her husband to open their restaurant thirty years ago, and she has worked there ever since. She’s awfully forgetful as of late.

You can watch the images below. If you want to see more of the game you can enjoy some recent gameplay, a previous video , another clip, a batch of images from a few weeks ago, the latest trailer, a few screenshots alongside more character artwork, a video showcasing the ABIS agents, and another featuring the Psync system and the dream world.

AI: The Somnium Files will release worldwide for PlayStation 4, Nintendo Switch, and PC via Steam.