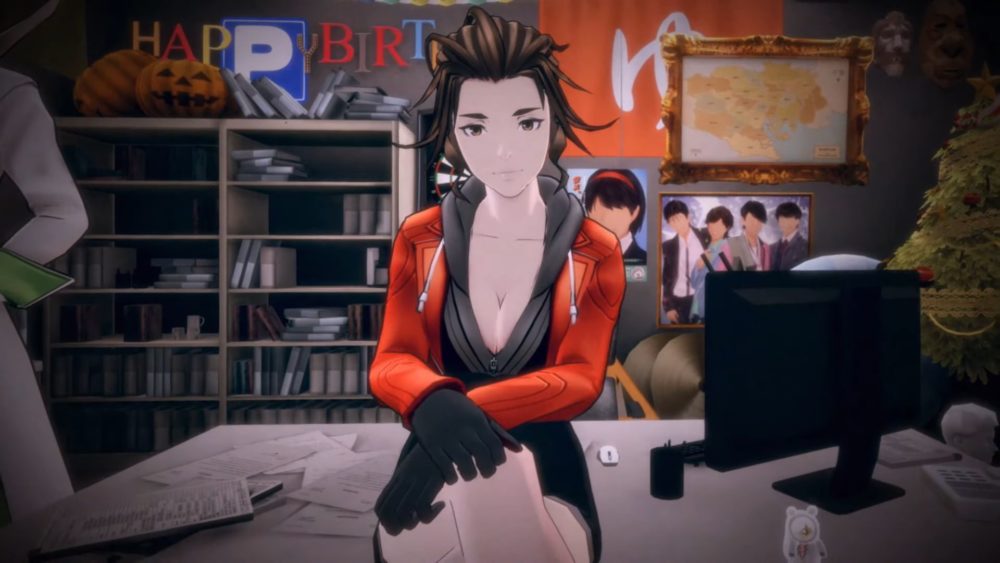 As usual, the video is presented by “net idol” A-Set and showcases the Advanced Brain Investigation Squad, or ABIS for short.

We get to see the agency’s boss (described as a “cool, sexy, take-charge woman) and the weird scientist Pewter, alongside a weird pet that Pewter himself built.

Among ABIS’ staff we also find the protagonist, Date, but for some reason, his looks are censored in the video for “privacy” reasons. It’s not like we haven’t seen him before, Uchikoshi-san…

ABIS can explore people’s dreams in order to investigate crimes or even prevent them, which is a pretty interesting plot device.

If you’re unfamiliar with AI: The Somnium Files, it’s the latest work of Zero Escape director Kotaro Uchikoshi, placing the players in the role of a detective investigating mysterious murder cases. If you have played any of Uchikoshi-san’s previous game, the atmosphere of this one will probably feel very familiar.

You can check out the video below. If you want to see more, you can enjoy the latest trailer and a few screenshots alongside character artwork.