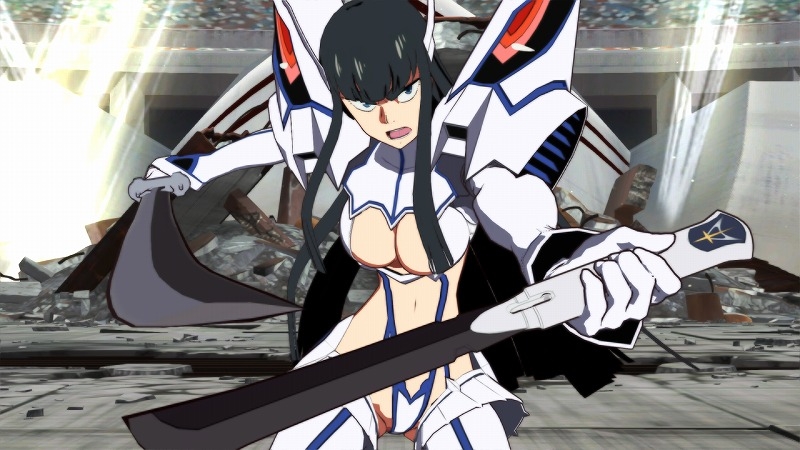 The trailer showcases plenty of gameplay focusing on providing an extensive overview of the features included, which are rather rich for a game of this kind.

The video also reveals two DLC characters (or three, depending on what you intend with “character”). We’ll get Mako Mankanshoku and “Ultimate Double Naked DTR,” which is a pair of combined Dotonbori Robo piloted by Aikuro Mikisugi and Tsumugu Kinagase.

If the idea of DLC announced before release makes you groan, worry not, as the trailer specifies that they will be distributed for free.

Towards the end of the video, we also get to take a look at the Collector’s Edition for Japan, and the official cover art by Sushio.

Update: The Collector’s Edition has been confirmed for Europe as well via press release by publisher PQube. It will include the following.

Update 2: The American arm of Arc System Works also confirmed that the Limited Edition will come to North America as well, priced at $99.99, while the standard edition will cost $59.99.

Last, but certainly not least, we get a western release for Kill la Kill The Game: IF, which will be on July 26 for PS4 and Switch, just one day after the Japanese launch on July 25. The PC version will actually release on the same day worldwide, on July 25.

You can check out the trailer below. If you want to see more, you can also enjoy the latest gameplay showing the build that will be playable at the Toushin-sai 2018 – 2019 Champions Kaanibaru Zenkoku Kesshou Taikai tournament in Tokyo between March 23 and March 24.

You can also enjoy the most recent screenshots, more gameplay showing villainesses Ragyo Kiryuin and Nui Harime in action, and a batch of images focusing the protagonists.

Just recently, we learned that the game will be published in Europe by PQube, which doesn’t expect any censorship.