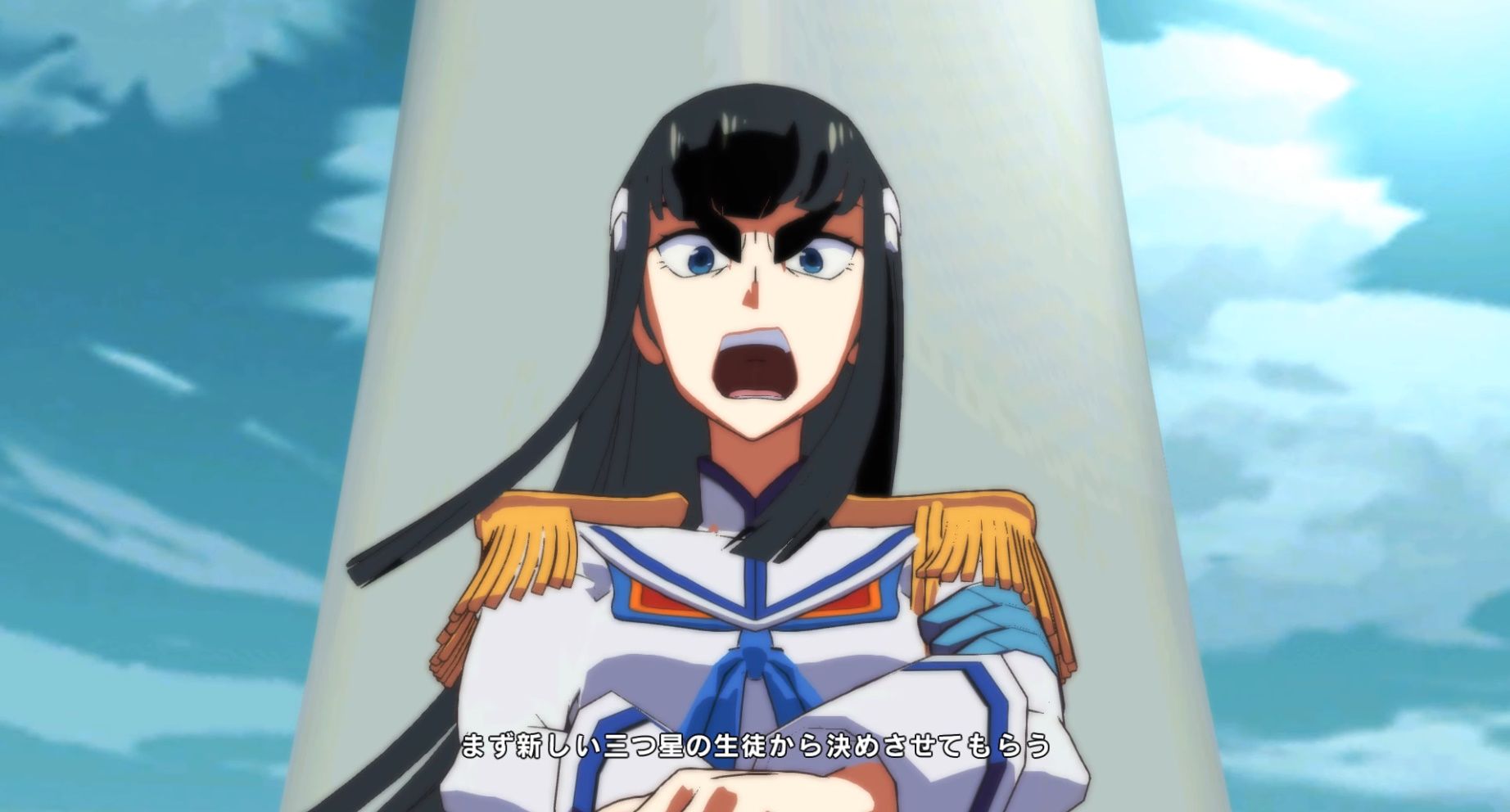 First of all, we learn of several battle modes. Free Battle allows you to fight against the CPU or another player locally. Player Match lets you have a friendly battle without worrying about winning or losing. It’s also possible to set a handicap and to chat with predefined messages. On the other hand, Ranked Match is exactly what it says on the tin, with online leaderboards.

The Gallery Mode includes several features that let you enjoy the characters of the game and the story. It includes the ability to watch the 3D cutscenes, battle replays (with free camera controls and the ability to download and watch those of top-ranked players), background music player, voice library (including special messages from the voice cast), and a diorama feature.

There’s also a database with explanations about the setting, characters, regions, items, and more from the world of Kill la Kill.

You can check out the screenshots below. If you want to see more of Kill la Kill the Game: IF, you can also enjoy the latest gameplay showing villainesses Ragyo Kiryuin and Nui Harime in action, a batch of screenshots focusing on the same characters, some more recent gameplay, and an older video.

Kill la Kill The Game: IF is set for release in 2019 both in Japan and in the west. It’ll come for PS4, PC, and Nintendo Switch.