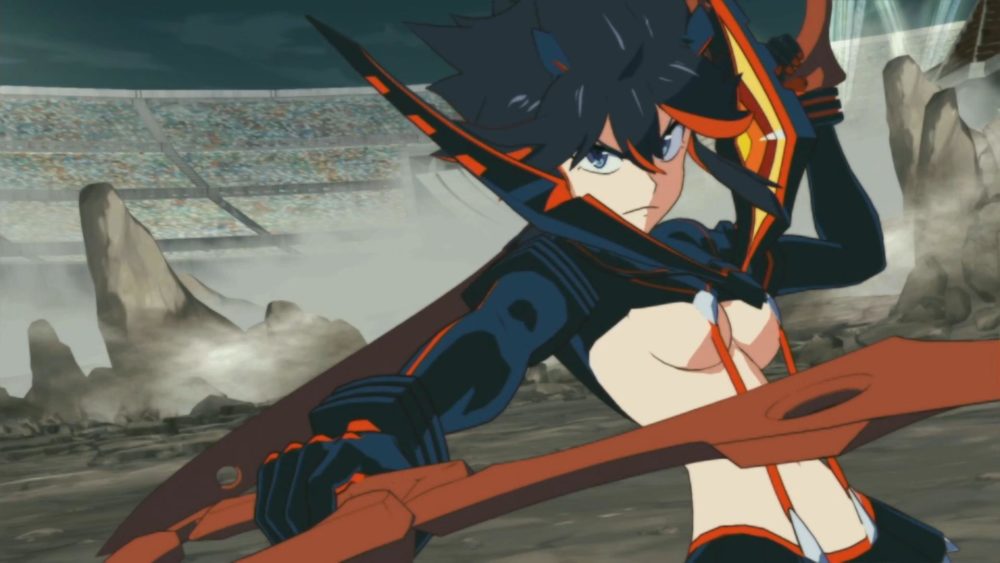 This time around, we get to see the very first gameplay look at the dual-wielding versions of heroines Ryuko Matoi and Satsuki Kiryuin.

Satsuki uses a classic Katana and Wakizashi combination, while Ryuko wields both scissor blades. Their fighting styles are very different compared to what the standard versions of both characters can muster. On top of that, the way they do battle is also nothing alike despite the fact that they have similar weapon setups.

You can check out the recording of the gameplay below. Incidentally, this build will be playable at the Toushin-sai 2018 – 2019 Champions Kaanibaru Zenkoku Kesshou Taikai tournament in Tokyo between March 23 and March 24.

If you want to see more of Kill la Kill the Game: IF, you can also enjoy the most recent screenshots, more gameplay showing villainesses Ragyo Kiryuin and Nui Harime in action, a batch of images focusing the protagonists, some more recent gameplay, and an older video.

Just recently, we learned that the game will be published in Europe by PQube, which doesn’t expect any censorship.

Kill la Kill The Game: IF is coming for PS4, Nintendo Switch, and PC. It’ll release in Japan on July 25, and still doesn’t have a western release date besides a generic 2019 window.