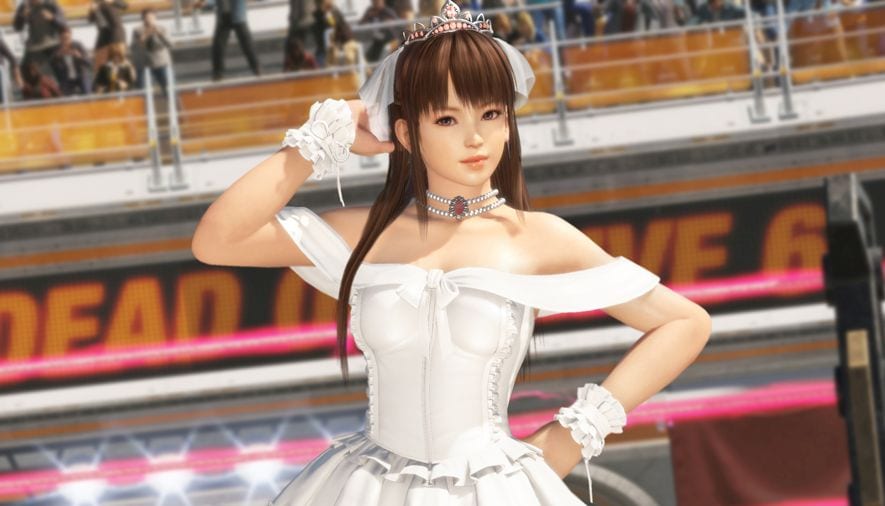 Following the release of Dead or Alive 6, Koei Tecmo also made the first season pass for the game available for purchase and published a batch of screenshots showcasing the first DLC costumes.

The Happy Wedding Costumes Vol.1 will be released on March 15 and will include wedding13 costumes for Kasumi, Kokoro, Hitomi, Marie Rose, NiCO, Nyotengu, Bass, Bayman, Hayate, Jann Lee,  Raidou, and Ryu Hayabusa. You can check them all out in the gallery.

The package will cost in 2,000 yen in Japan ($17.89), with single costumes sold for 200 yen ($1.79) only for Xbox One. At the bottom of the gallery below you can see a matrix showcasing what will be available on what platform. All four costume sets share the same pricing scheme. Individual costume and set pricing for the west has not been announced yet, but we can expect it to be comparable.

Interestingly, Mai Shiranui and the other character from The King of Fighters XIV will cost “only” 800 yen ($7.15) each. Their debut costume sets will cost 1,000 yen per character ($8.94) including five costumes, with each costume also sold separately for 300 yen ($2.68). Purchasing each character with its own debut costume set as a bundle will require 1,600 yen ($14.30), which is cheaper than a single wedding costume set.

Of course, the franchise’s history teaches that this is unsurprising. Dead or Alive 5: Last Round enjoyed a likely record-setting seven season passes for a total price tag of $632.93. The price of this first season pass for the sixth chapter of the franchise is exactly the same as what we saw with its predecessors.

If you want to learn more about Dead or Alive 6, you can also read my review fresh from this morning, and our recent interview with Director Yohei Shimbori. You can also enjoy out a look at the impressive facial expressions which are displayed during gameplay.

Dead or Alive 6  just released today (March 1) on PlayStation 4, Xbox One, and PC. If you picked it up, you can take a look at our extensive guides to help you get started.