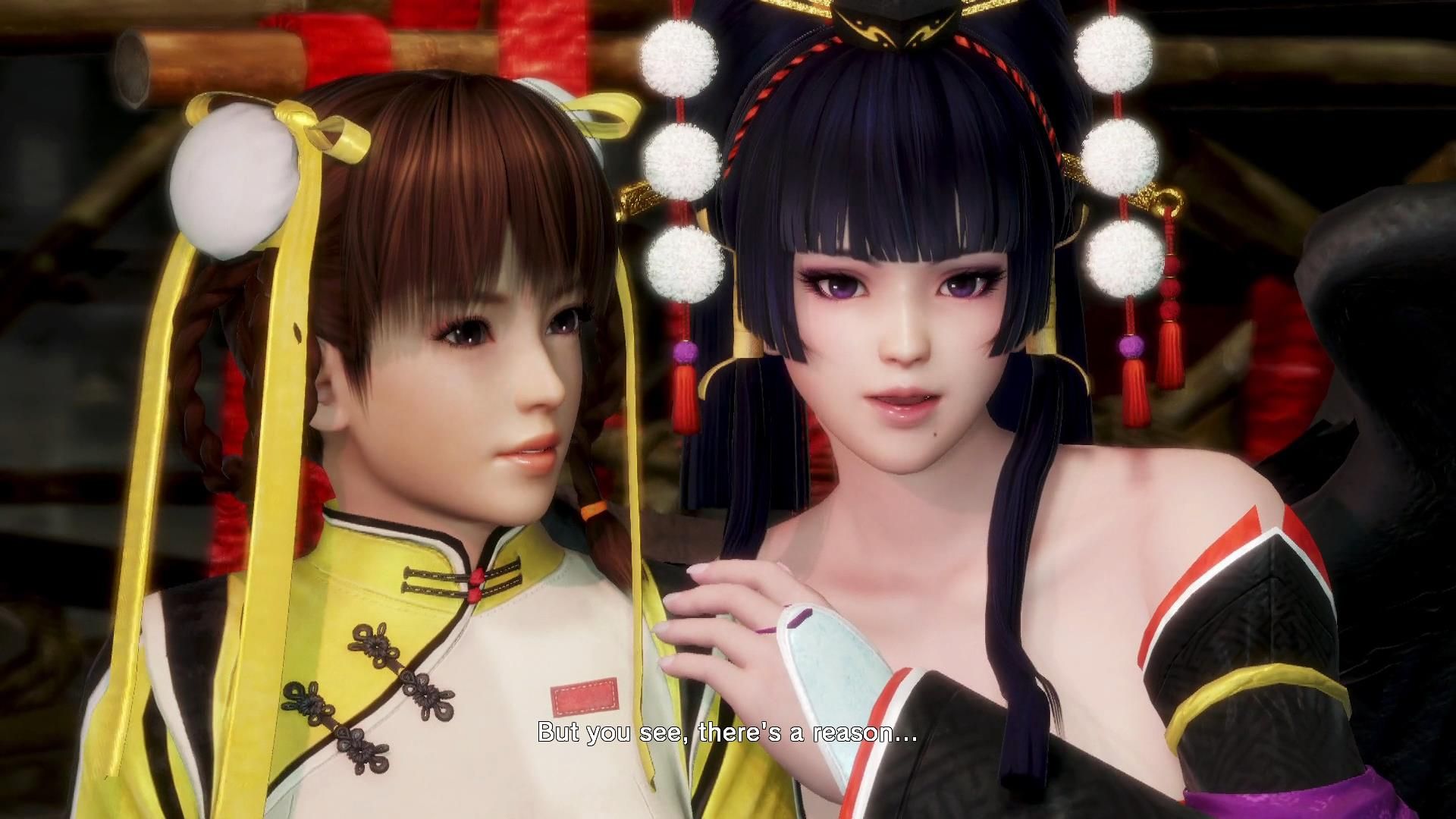 Fighting Games of the latest generation often tend to limit their story to the bare minimum, in other cases, the narrative is done with static artwork. Dead or Alive 6 takes a different approach.

The story mode of the game is actually quite extensive, and it comes with tons of fully-animated cutscenes, which also look really good.

The story is split into chapters with several sub-stories for each relevant characters, allowing the player to keep track of events that happen at the same time in different locations quite effectively.

To give you a better idea of what the narration looks like, we recorded a few of the cutscenes at the very beginning of the game, and you can check them out below. Do keep in mind that they may include mild spoilers, but they’re all within the first 10 minutes of the story mode, so no major plot twists are revealed.

You can also check out all the costumes included in the base game, more costumes from the upcoming Season Pass (which is likely the first of many), that will also include Mai Shiranui and another character from The King of Fighters.

Dead or Alive 6 has recently been delayed by a few weeks and is going to release on PS4, Xbox One, and PC on March 1.