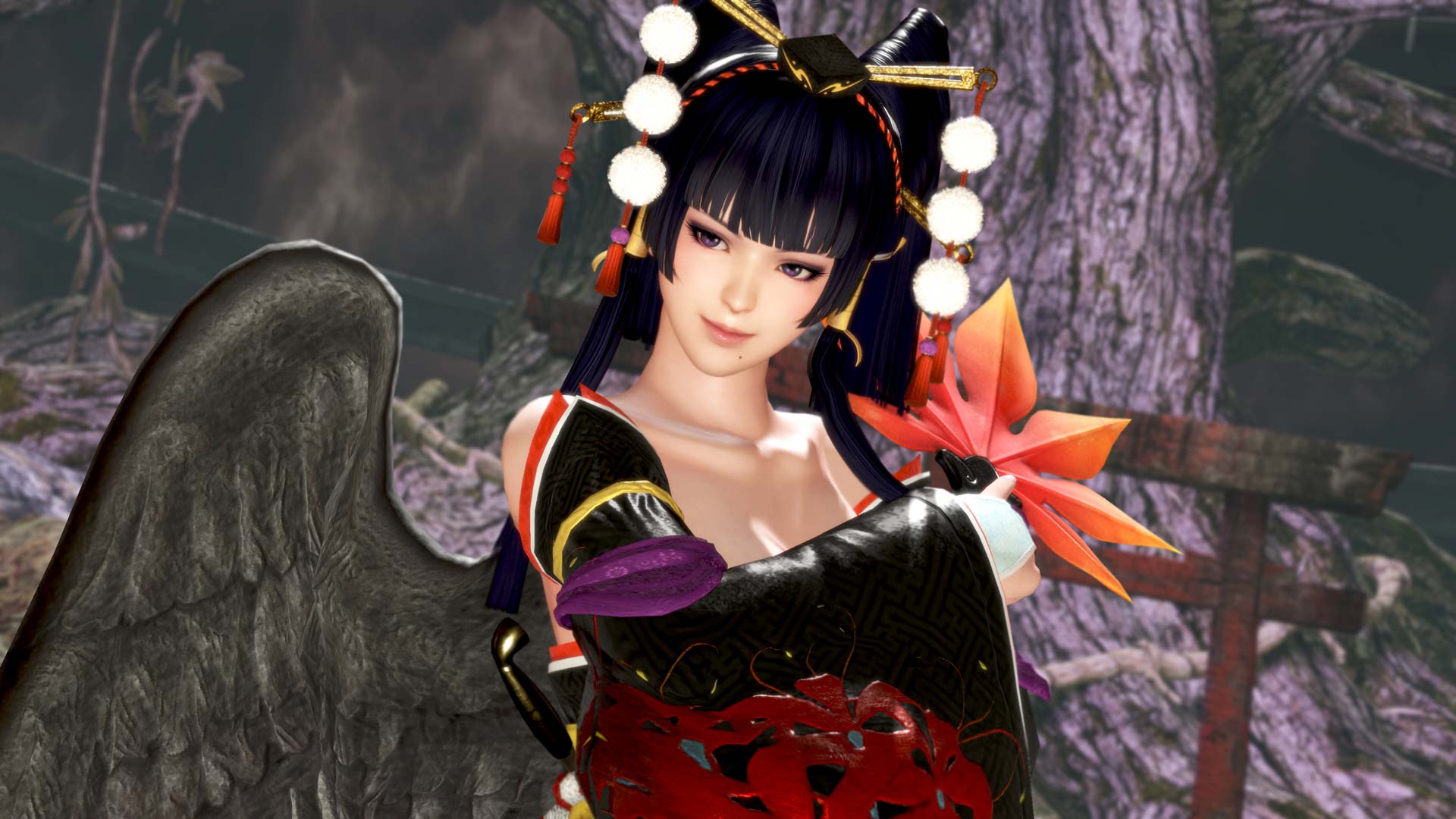 Yesterday, I flew to London to check out a near-final build of the upcoming fighting game Dead or Alive 6.

The build I was allowed to test provided a rather comprehensive look at the features that will come when the game will launch on March 1.

While I couldn’t go very far in the story mode to avoid spoilers, the structure is rather interesting: it’s designed like a grid with the main story following one of several columns progressing downward. The other columns are dedicated each to one specific character.

This allows players to get a chronological idea of the events even if they’re not played in order. Character-specific episodes are unlocked as you proceed through the main story and they include both cutscenes and battles.

Incidentally, cutscenes are really beautiful and provide a charming look at the most beloved Dead or Alive characters. Voice acting is available both in English and in Japanese depending on your preference.

It appears that most characters play a relevant role, giving players something to look forward to regardless of which fighters they love the most.

One thing is for sure: the whole story mode appears to be very extensive, which will please those who enjoy the single player aspects of fighting games.

Another relevant new element included in the build I tested is the DOA Quest mode. It includes a rather sizable sequence of challenges featuring two rounds each with pre-determined characters.

Each challenge includes three tasks involving dealing a certain amount of damage in a single combo, landing certain attacks, or hitting the enemy in specific ways. Achieving those awards you a star, and each star provides you with coins and entries in the game’s collection of trivia.

Coins can be spent to unlock a wide variety of new costumes, and further outfits are earned by completing all three stars for each challenge. Additional customization options let you change hairstyles and add accessories like glasses to each character.

Not only this adds single-player longevity to the game, but it also provides a more interesting and fun way to learn to play every fighter instead of simply sticking to one.

The DOA Quest mode could actually be defined as a tutorial in disguise, but having clear goals makes you feel like you’re actually playing the game instead of simply learning to play.

Speaking of tutorials, each mission of the story mode and each DOA Quest also comes with dedicated sub-tutorials that can quickly be accessed on the fly to learn what you need to know in order to complete the task at hand.

The whole instructional structure of Dead or Alive 6 appears to be very well-geared in helping newcomers get to grips with the basics, while veterans can improve their familiarity with specific details without getting bored by long tutorials without direction.

Don’t get me wrong: while a considerable effort has certainly been put into accessibility, this doesn’t mean that Dead or Alive 6 is easy. It remains an extremely technical fighting game that is a bit simpler to get into, but still very challenging to fully master.

Holds remain the bread and butter of gameplay, with the caveat that you can opt to stick with the default four-way holds (high, low, mid punches, and mid kicks) or simplify it a bit by selecting three-way holds which lets you use a generic mid-hold to counter punches and kicks.

Of course, there is plenty more to Dead or Alive 6 than the story and DOA quest.

You can find the usual arcade mode and versus, on top of online matches, but of course, online gameplay wasn’t yet available in the build available yesterday. The suite of modes and content appears to be well-rounded, without any glaring omissions.

It’s pretty evident that most of the hardware juice is being funneled into portraying the fighter themselves, which makes sense considering how much of the attention they draw. If you shift your gaze to the environment of the stages the result is a bit less impressive, but while playing this is pretty much inconsequential.

Incidentally, the developers have provided signals which could be considered pretty mixed on one of Dead or Alive’s staples, which is the level of fanservice.

If someone that is worried about Dead or Alive 6 is not being sexy enough, you can probably set those concerns aside. Not only are there plenty of costumes showing a lot of skin for females, perfectly in line with the franchise’s traditions (actually, more than I expected), but jiggle physics effects are very prominent on most characters, much more than in earlier reveals from last summer.

There could certainly be a discussion on whether Dead or Alive 6 is more or less sexy than its predecessors, but it comes with a whole lot of fanservice, and I think most fans who are looking forward to that won’t be disappointed with the final result.

Ultimately, the time I spent with the game was very enjoyable, even if I realize that I have a long way to go to work my way through the advanced aspects of its gameplay. It certainly left me wanting for more.

That being said, the work that Team Ninja put into making the tutorials feel more like part of the game and less like a chore will certainly help me and other players like me get into the nitty-gritty of the gameplay quickly and smoothly enough.

2018 has been a great year for fighting games, and with a release on March 1 for PS4, Xbox One, and PC, Dead or Alive 6 seems to be on the right track to kick off another good one in 2019.