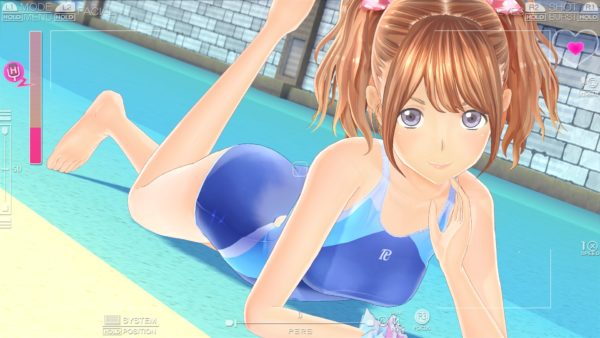 This time around we get another of the game’s heroines under the spotlight, Romi Nakaza, while our hero exhibits his stalker self by taking pictures without permissions.

Yet Romi doesn’t seem to mind until she discovers that we’re not from a newspaper or a website, or even from a club. She ended up posing for a complete nobody. What a disappointment.

Yet, since it isn’t time for game over just yet, she ends up being rather forgiving at the end of the scene. She herself can be quite the brat, after all.

You can check out the video below. If you would like to see more about the game, you can also enjoy a recent trailer featuring Riria, another starring Nanatsu, a gameplay video released a little while ago, more gameplay footage, a previous clip, and some more introducing each heroine. We also have a batch of screenshots featuring two new characters from a few days ago.

LoveR was originally announced with a Japanese release date of Feb. 14 to coincide with Valentine’s day but local gamers will have to wait a little longer until March 14 (which is still White Day, I guess). It will release exclusively for PS4. At the moment of this writing, a western localization has not been announced.