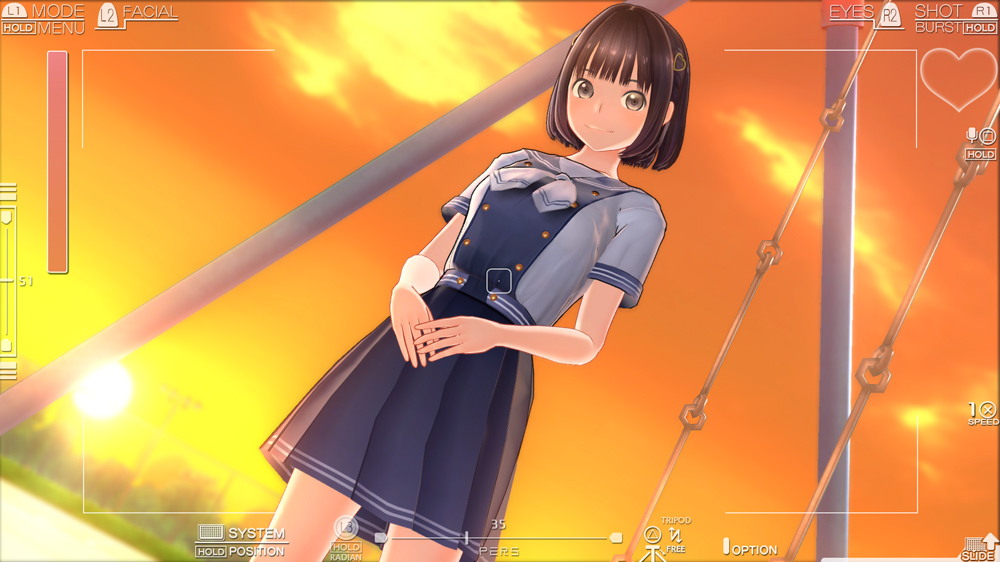 If a survey was made about the most recurring character archetype in this kind of games and media, it would probably be the protagonist’s childhood friend. That’s exactly who Nanatsu Higadera, or Nana-chan is.

She has been in the same class as the hero forever, and her sharp tongue, positive personality, and casual manners pretty much make her the prototype of her category.

In the trailer released today, we meet her in front of the school gates. Is this the beginning of a long-brewing romance? I guess that depends on the route you’ll choose.

You can check out the video below. If you would like to see more about the game, you can also enjoy a gameplay video released a little while ago, more gameplay footage, a previous clip, and some more introducing each heroine. We also have a batch of screenshots featuring the LoveR Days mode, poses, swimsuits, and Bloomers, and another showcasing dates.

LoveR was originally announced with a Japanese release date of Feb. 14 to coincide with Valentine’s day but local gamers will have to wait until March 14 due to a recent delay. It will come exclusively for PS4. At the moment, a western release has not been announced.