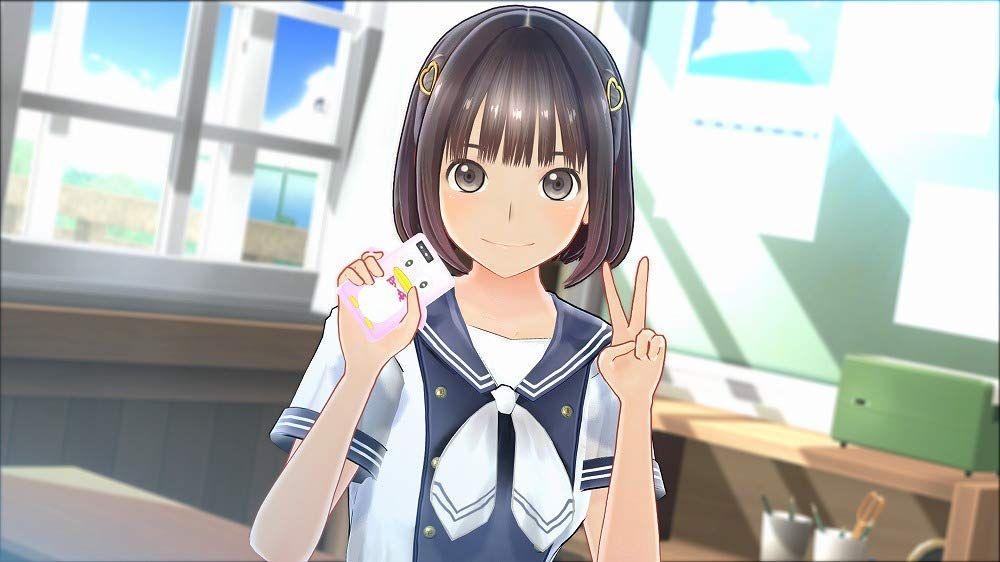 The trailer video shows quite a bit of gameplay, presented by the game’s very own virtual YouTuber Magical Yumina. Incidentally, that a magical girl version of Yumina, the protagonist’s little sister.

The gameplay itself focuses on one of the heroines of the game, Nanatsu, during a photography session. Incidentally, we also get to see one of the pre-order bonus costumes that players will be granted if they grab the game at the Japanese electronics chain Joshin.

LoveR will release in Japan exclusively for PS4 on Valentine’s Day, Feb. 14, 2019. At the moment, it doesn’t have any official announcement about a western localization. That being said, Kadokawa Games normally localizes all of its titles, so the chances aren’t bad.

Incidentally, this would be the first chance for western games to enjoy a title by Ichiro Sugiyama (known for KimiKiss, Photo Kano, and Reco Love). Hopefully, we’ll hear something about it directly from Kadokawa Games in the not-too-far future.

You can check out the video below. If you want to see more, you can also enjoy another gameplay video, a batch of screenshots featuring the LoveR Days mode, poses, swimsuits, and Bloomers.