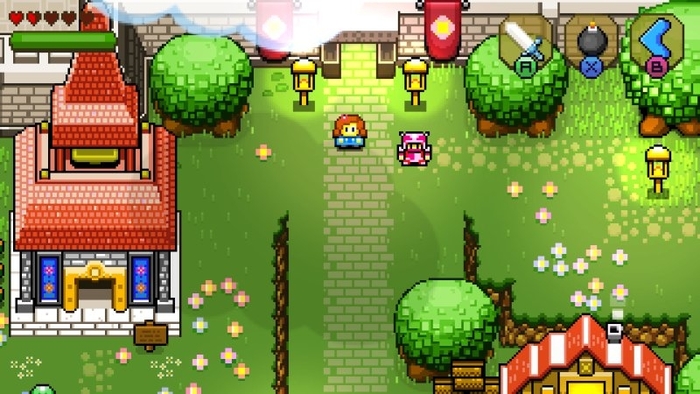 The indie title that everyone is comparing to A Link to the Past, Blossom Tales, has been out on the Nintendo Switch eShop for about two days. The top-down 2D action-adventure game is a love letter to the Zelda series and does nothing but give players a familiar feeling of a certain past Zelda title.

FDG Entertainment, the publisher behind the adorable indie adventure, has announced that the game sold double the amount in one day on Switch versus the lifetime sales over on Steam; keep in mind that Blossom Tales released back in March for the digital distribution platform. Since there is lack of 2d Zelda games on the Switch eShop, Blossom Tales: The Sleeping King could not have come out a better time.

This isn’t the first game of FDG’s on Switch to have superior sales over other platforms. The Switch version of Oceanhorn: Monster of the Uncharted Seas ending up outselling all of the platforms that the game released on, combined. Lately it seems that the Nintendo Switch is the best platform for indie developers to put their games on; let’s just hope that we see more positive news like this in the near future as other publishers continue to show their support.