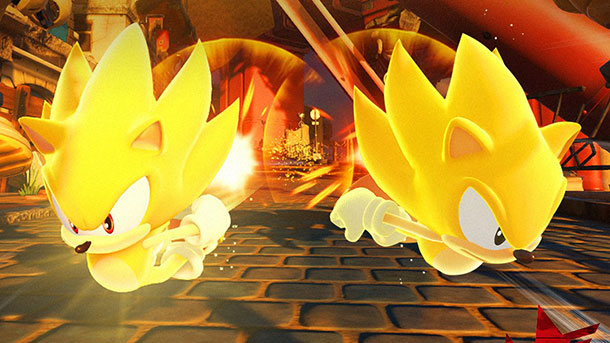 For those of you die hard Sonic Forces players out there, Sega has deigned to give you all one heck of an early Christmas gift. From now until late January, 2018 both Classic and Modern Super Sonic will be available for download on all versions of the game for free. Announced via tweet, both will available for download for a month. After which they will retail for $1.99 in their respective online stores.

Playstation players can download the golden duo here, Xbox One players can go here, and while the Switch hasn’t updated yet to include it you will be able to download them here as well.

In classic Sonic series tradition, Super Sonic will allow players to become invulnerable and go faster than anyone has ever gone fast before, albeit at the cost of rings. Typically, players will need 50 rings to trigger the transformation with them constantly losing rings as they maintain it.

Sonic Forces told the ever-classic tale of the titular hedgehog and his battle against Dr. Eggman, this time pitting players against the Doctor in a world where, by all accounts, he’s already won. So it’s up to Sonic, Classic Sonic, his friends, and your own custom created character to go in and save the day. Now with the added power of Super Sonic.