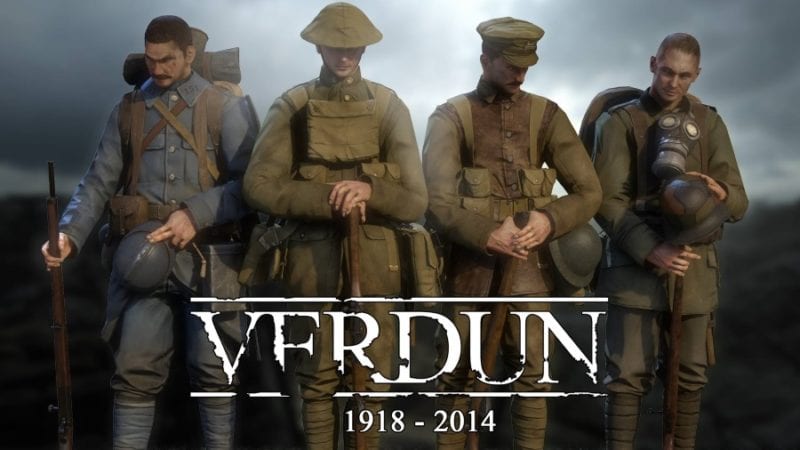 On December 25, 1914, soldiers on the Western Front in World War I put down their weapons and met each other in No Man’s Land. The war was supposed to be over at that point, having gone on for six months by then, but that didn’t dampen the soldiers holiday spirit. The British and French climbed over the top and shared good holiday cheer with their German counterparts, playing soccer together, exchanging family photos, and having meals with one another. Now you’ll be able to experience it yourself in the online first person shooter Verdun.

It’s hard to guess which sounds more improbable: that it actually happened in real life, or that it’s going to happen in an online shooter such as Verdun. Maybe it’s not that hard to believe, since indie developer Blackmill Games announced a “temporary Christmas Truce DLC” has come to the game. According to the developer:

“Every few battles players can experience the truce for themselves, with a game of football, snowball fights, or sending postcards.”

In spite of the error of calling it football and not soccer, this is an interesting experiment. Allowing players to be friendly towards one another and play with entirely different gameplay mechanics is not only a great way to mix up the gameplay, but it’s also a great teaching tool about the event, and the war overall.

The DLC is free to everyone who owns the base game, but there’s an optional download for $1.99 on Steam that comes with an in-game medal. Blackmill Games says that all proceeds from the DLC will go to War Child UK, a charity for children affected by conflict around the world.