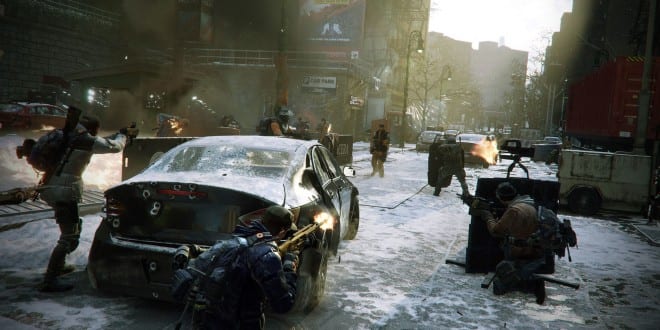 After a number of players have reportedly been locked out of playing The Division due to a bug, Ubisoft has promised to have the issue fixed in the next update for the game.

This particular bug locks players out of the game only after they crafted a High-End backpack, which an increasing number of users have reported since the game originally launched worldwide on March 8.

Posting today on the Ubisoft community forums, Community Manager Natchai Strappers stated “We will be deploying a fix in update 1.1 on April 12 that should resolve instances of the infinite loading/backpack issue. Due to this fix requiring a client patch, we cannot deploy it at an earlier date. We thank you for your patience.”

Strappers also continues to strongly advise players not to attach mods to items that aren’t in use at the time by the player. Elsewhere in update 1.1, The Division players can expect the new Falcon Lost incursion, new gear sets, the ability to trade items, and more.

The particulars for the Falcon Lost incursion can be found here, while details on the news gear sets can be found here. Alternatively, if you’ve finished The Division and find yourself slightly perplexed, check out our explanation of the ending to the game.