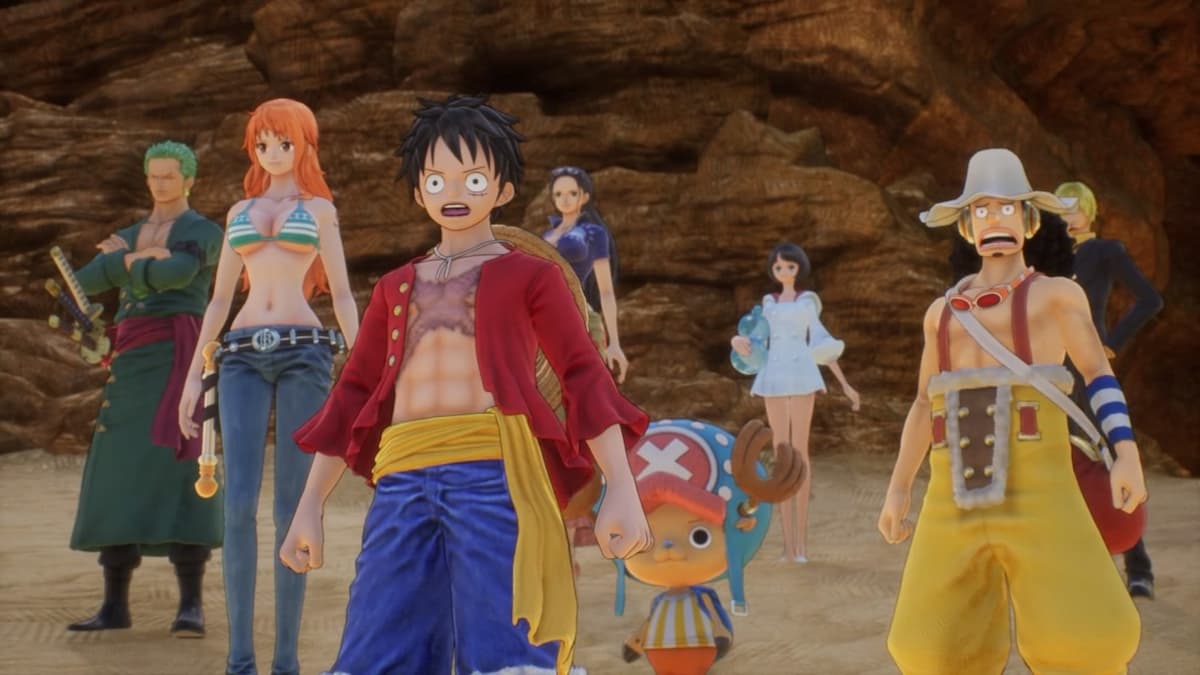 In celebration of the series’ 25th anniversary, One Piece Odyssey takes you back to key moments in the narrative which feature beloved characters and classic locations. But since there are so many adventures in the franchise, you may wonder: Which story arcs are in One Piece Odyssey? To answer this question, we’ll discuss what you can expect from this latest video game adaptation.

All One Piece Odyssey Story Arcs

As you play through One Piece Odyssey, you’ll embark on the following story arcs in this chronological order:

The beginning of the game showcases an original storyline in Waford, where the Straw Hat Pirates crash land on an island. At this point, a mysterious woman named “Lim” takes away the team’s powers, forcing them to regain them in Memoria. This place allows the characters to dive into their memories and relive past adventures in the saga, regaining their abilities as they do. Waford will then act as a hub world of sorts, with the main plot picking back up there at certain points before and after Memoria segments.

First, players will go to Alabasta, the desert region where the crew must battle the notorious Crocodile and members of the Baroque Works.

After this phase, you’ll begin the Water Seven arc, a storyline that takes place in an ocean utopia. Several vital characters/groups are prominent in this narrative, including Rob Lucci, the CP9, and the Franky Family. The Enies Lobby arc is also a part of One Piece Odyssey’s Water Seven narrative, in which the crew must save Nico Robin, Franky, and the area’s residents.

The third story arc, Marineford, primarily focuses on the Summit War and the rescue mission to save Luffy’s brother, Ace. This is a shorter section and is primarily centered around combat, so there’s not much in the way of detailed retellings of the arc’s plot.

Lastly, players can experience the Dressrosa story arc in one of the game’s final chapters. The main objective of this phase is to defeat Donquixote Doflamingo, the powerful Warlord of the Sea, in order to assist Trafalgar Law in his quest for revenge.

Players may also get to embark on other story arcs in One Piece Odyssey with the upcoming DLCs, but there haven’t been any firm details or announcements released about whether or not this will be the case.

That’s everything you need to know about the story arcs of One Piece Odyssey. For more content, be sure to explore the relevant links below, including our how to level up fast guide.