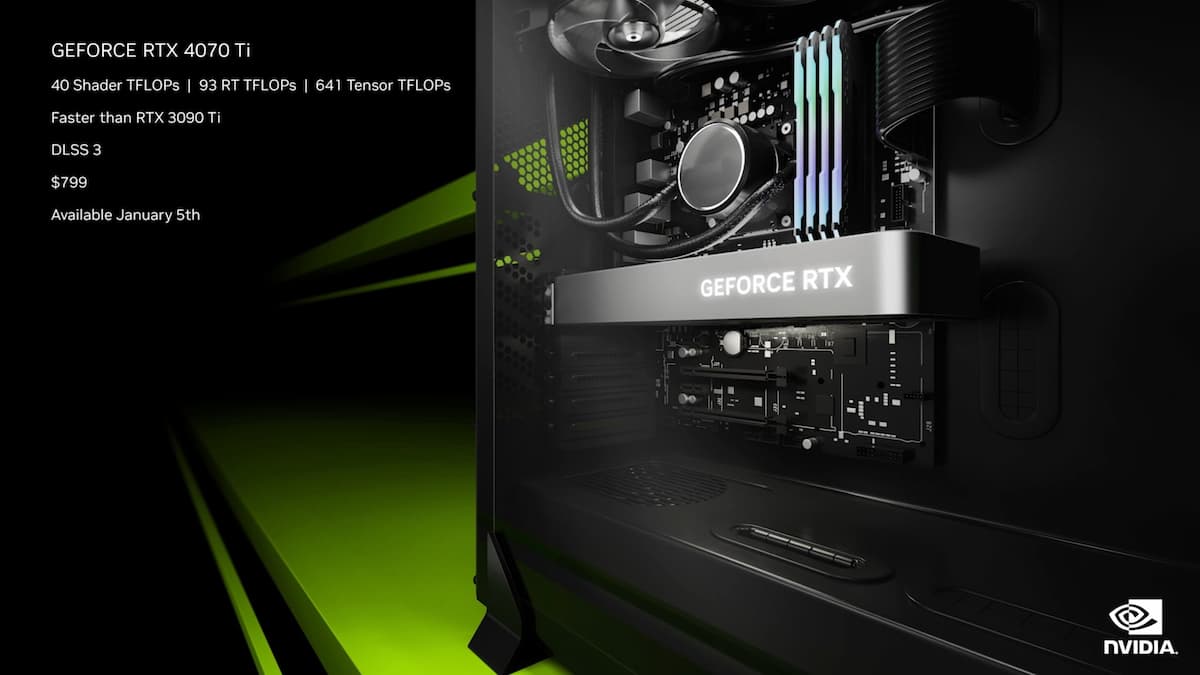 During the GeForce Beyond panel at CES 2023, Nvidia pulled back the lid to reveal the 4070 Ti. This new graphics card will take the place of the previously announced 12 GB 4080 card and will be available for purchase starting Thursday, Jan 5.

The 4070 Ti will deliver over 3x the amount of performance compared to the 3090 Ti, delivering 120 FPS in many modern games such as A Plague Tale: Requiem and Warhammer 40K: Darktide on a 1440p monitor. Alongside that hefty boost, DLSS 3 allows for an added boost to the performance, which allows a computer to consume nearly half the power a 3090 Ti would use.

As mentioned earlier, the 4070 Ti is meant to take the place of the canceled 12 GB 4080 graphics card, with many of the specs carrying over from the later card and with a starting point of $799 instead of $899. Expect to take advantage of the below features:

Nvidia also debuted a trailer for the upcoming title, Witchfire.