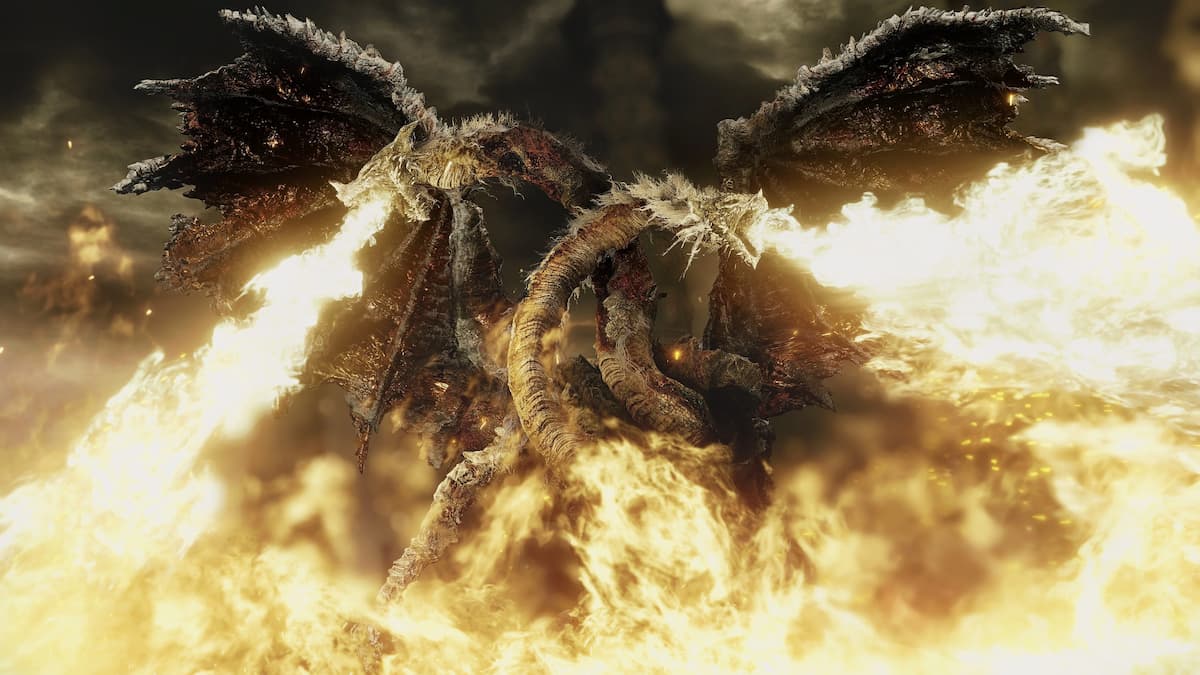 FromSoftware’s Elden Ring broke the gaming industry last year, collecting numerous awards as the lauded studio took the Souls-like formula open-world. Much like the previous “Souls” titles, Elden Ring has an abundance of replay value as players experiment with new methods to defeat the game’s toughest bosses in New Game Plus or challenging ways to play the game.

A few weeks ago, one Elden Ring streamer defeated Margit and Godrick with a dance pad. One player, in particular, has found the ultimate joy in replaying Elden Ring as they challenge one of the hardest dragon bosses, Dragonlord Placidusax, on their third New Game Plus playthrough.

The beginning is standard fair, as the player uses Howl of Shabriri to power up, charges at the dragon overlord, and uses his foe’s ability against it. What happens next is the most unfortunate situation possible, as both succumb to the Ancient Dragons’ Lightning Strike.

Posting this to the Eldenring subreddit was an excellent choice, as many users found this chain of events rather amusing. As the poster describes the attempt to destroy Placidusax after twenty tries:

Elden Ring is the gift that keeps on giving, and while fans eagerly wait for new content to join the game’s already stacked lineup of content to complete, they’re pretty content with creating their own content. A recent patch introduced the Colosseum mode to Elden Ring, allowing players to pit their builds against each other.