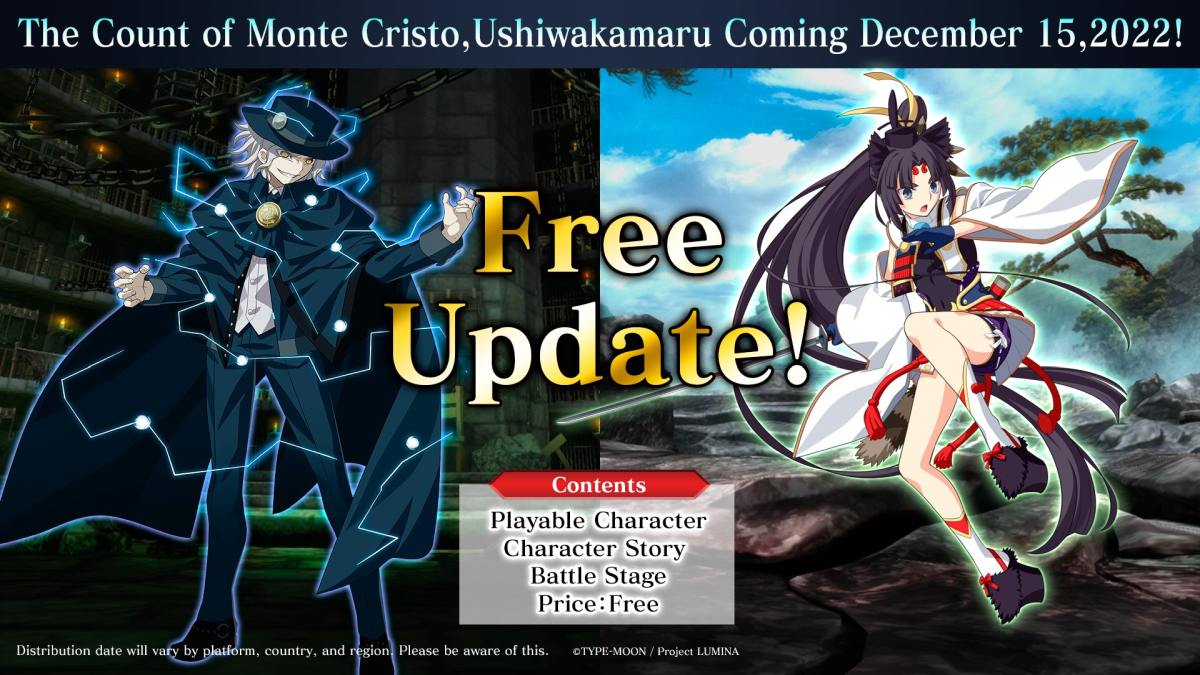 Type-Moon hosted its Melty Blood: Type Limina Official Tournament and closed it with plenty of news about an upcoming update, and it’s a big one.

The update will come on Tuesday, Dec. 15, at 5:00 am UTC, and it’ll include a lot of goodies that will be completely free.

Two DLC characters will be included, Ushiwakamaru and The Count of Monte Cristo, including the related stories and battle stages.

Ushiwakamaru is described as “a speedy fighter who races freely across the field to take opponents by surprise.” The Count of Monte Cristo is penned as “his battle style branches into a variety of attacks that put pressure on opponents with a powerful rush that leaves no room for escape.”

We’re getting Spanish, French, and Brazilian Portuguese subtitles, on top of 530 additional words that can be used in the Customize mode. All characters will also get four new color palettes.

10 remastered music tracks from Melty Blood Actress Again will be included, to be enjoyed during battles and in the gallery.

Another gem is the “Boss Rush” mode, which will feature a story created by acclaimed Fate and Witch on the Holy Night writer Kinoko Nasu.

You can check out both new characters in action below.

Melty Blood: Type Lumina is currently available for PS4, Xbox One, Switch, and PC via Steam. It was recently featured among the main events at EVO 2022 less than a year after its release, carrying the flag of more niche anime fighting games. Another recent update following EVO added Mash Kyrielight from the Fate series and Neco-Arc.