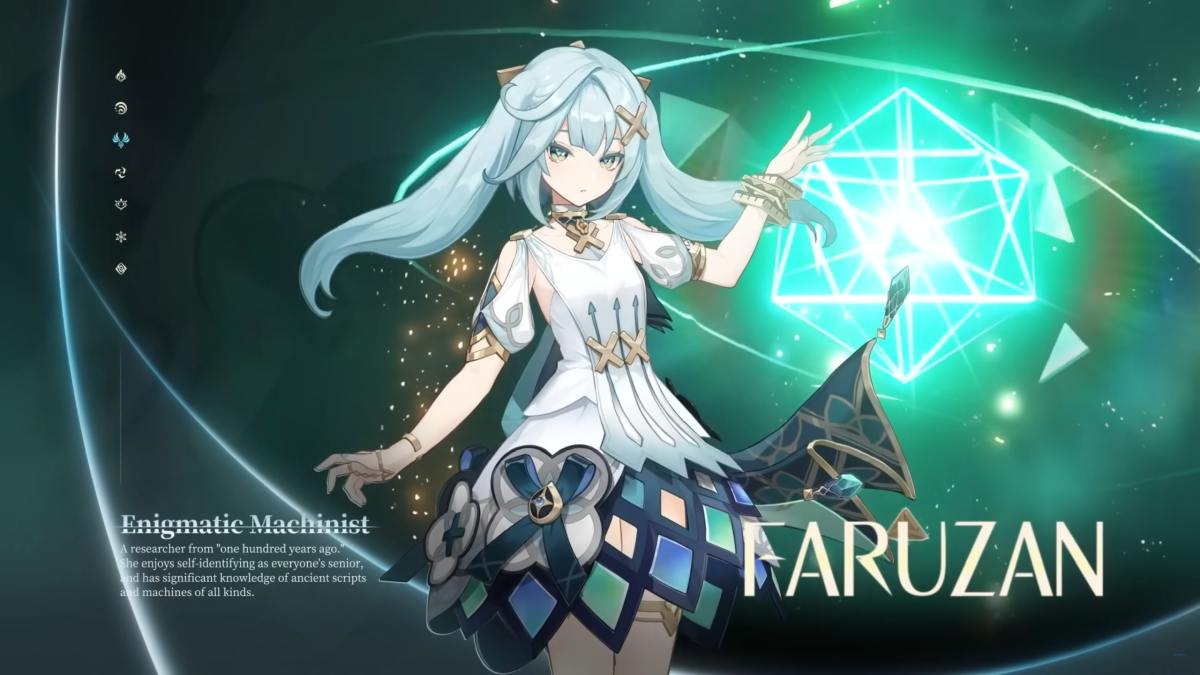 Genshin Impact developer HoYoverse released not one, but two trailers of its super-popular action RPG focusing on the characters coming with update 3.3.

We get to take another look at Wanderer following yesterday’s teaser, providing a glimpse of his abilities before the full gameplay trailer that is likely to come on Dec. 7 when the update launches. We see him fight against his former Fatui allies, as players know him as Fatui harbinger Scaramouche before he switched sides.

The second trailer is the same but applied to the other new character, Faruzan, who has been researching machinery for a hundred years (yes, you likely wouldn’t be able to know by just looking at her).

We also get the reveal of Faruzan’s voice actresses. She’s voiced by Chandni Parekh in English and the popular Yui Horie in Japanese. If you’re not familiar with her, she voices Hitomi in the Dead or Alive series, Chie Satonaka in Persona 4 and its spinoffs, and many more roles.

As a reminder, Wanderer is voiced by Patrick Pedraza in English and Tetsuya Kakihara in Japanese. You may know him as Natsu Dragneel in Fairy Tail, Lloyd Bannings in the Trails series, Prompto in Final Fantasy XV, and many more roles.

It’s worth reminding that Genshin Impact received the “Grand Award” at the PlayStation Partner Awards 2022 last week, celebrating its considerable sales on the platform. As a result, all players who have reached Adventure Rank 7 are being given 800 primogems. They’re being delivered at a pace of 200 per day since yesterday and until Dec. 7. You have until the end of Update 3.3 to claim them.

Genshin Impact is currently available for PS5, PS4, PC, iOS, and Android. The game is currently on version 3.2 and will receive update 3.3 “All Senses Clear, All Existence Void” on Dec. 7. That’s also when Wanderer and Faruzan will become available in the game’s gacha. The update will also include a full-fledged collectible trading card game titled “Genius Invocation.”