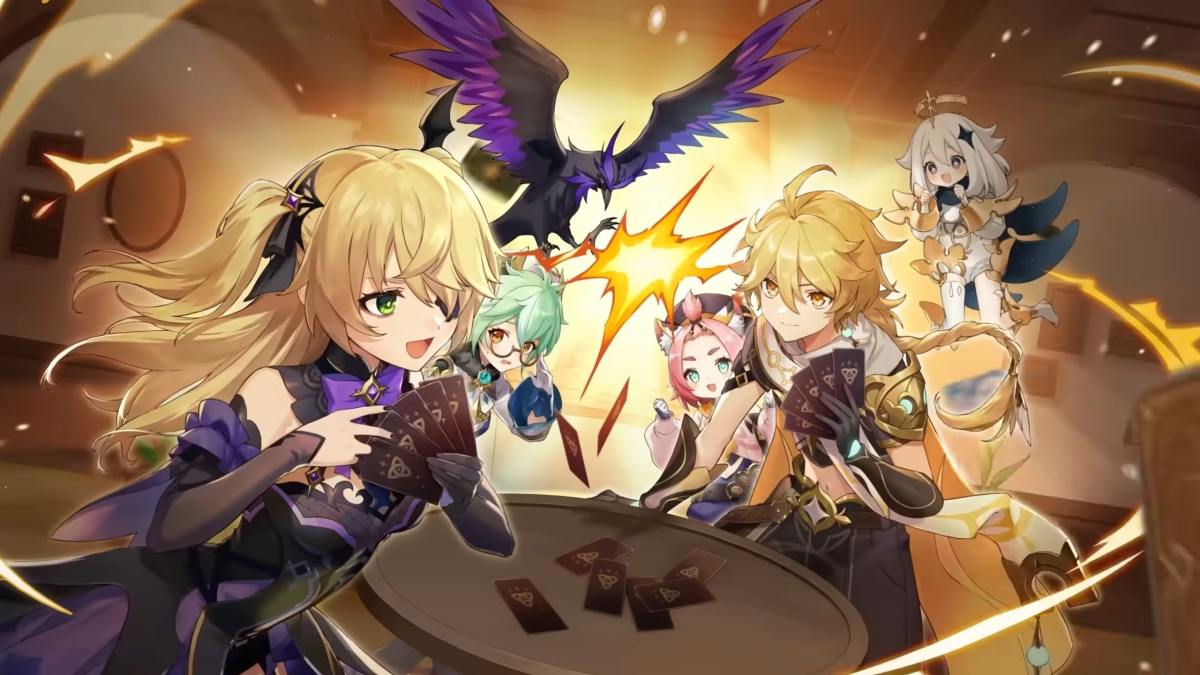 The trailer focuses on giving a glimpse of “Genius Invocation” a collectible trading card game that will be included in the upcoming version 3.3.

The card game lets you play against various characters and NPCs, but also against your friends. You have to build your deck with cards representing Genshin Impact characters and the objective is to defeat all of your opponent’s characters through rules that echo the main game’s own gameplay.

There is also a form of progression within the game, with player experience earned, letting you increase your player level and challenge more characters and NPCs within the world of Genshin Impact.

Completing challenges lets you earn lucky coins, new cards, and more. You can spend lucky coins for more cards and dynamic skins for cards you already own, giving them slick, animated illustrations.

Not only can you challenge your friends, but also unlock a matchmaking mode when you reach a certain level.

Genshin Impact is currently available for PS5, PS4, PC, iOS, and Android. The game is currently on version 3.2.