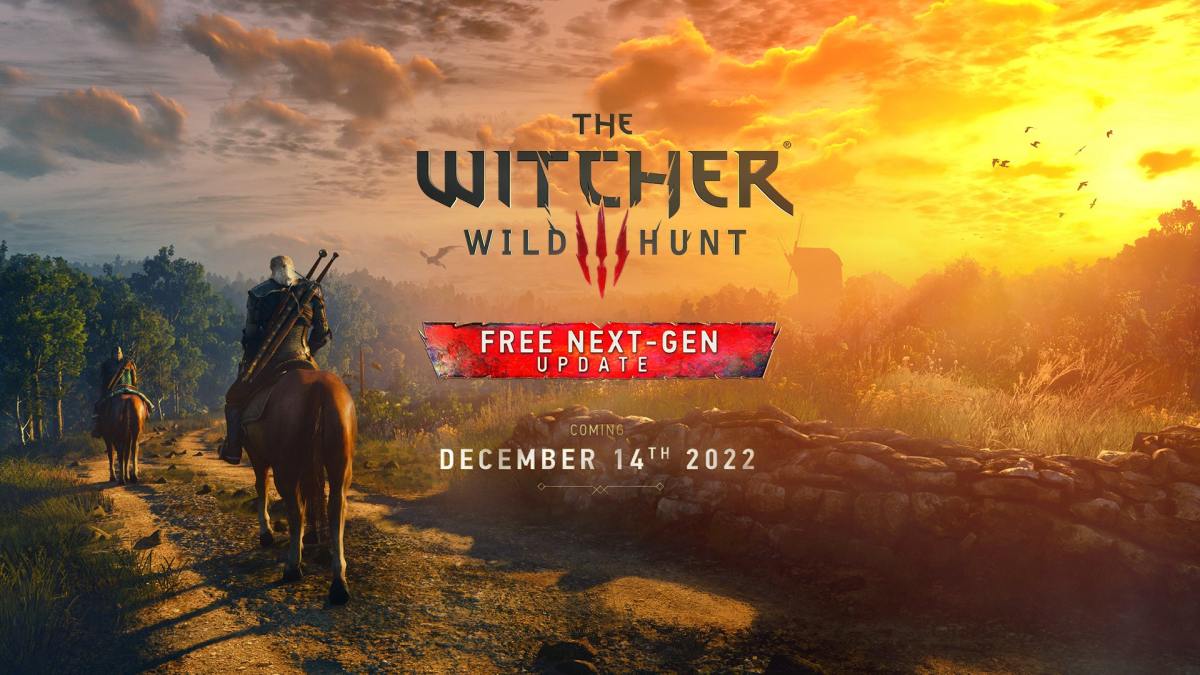 Despite the fact that we can certainly have a discussion on whether it’s time to stop calling the PS5 & Xbox Series X|S generation of consoles “next-gen” because it hasn’t been “next” for literally two years, the update is coming for free to both sides of the console wars (and to PC) on Dec. 14, which is exactly a month for now.

Besides a new coat of visual paint, the update includes ray tracing support, faster loading times on consoles, and a variety of mods integrated into the base experience. Yet, the announcement mentions that there is more in store and we’ll learn more during a livestream next week.

The game will also receive the promised content from the popular Netflix show, albeit we don’t yet know exactly what that is going to entail.

Yet, there is more. For those who haven’t purchased the game and its DLC just yet, a “Complete Edition” will be available for purchase digitally on Dec. 14 for PS5, Xbox Series X|S, and PC, including both expansions: Hearts of Stone & Blood and Wine.

That being said, a physical edition is also coming, but the release date for that one will be announced at a later time. We only know that it’s going to be after Dec. 14.

It’s worth mentioning that the last-gen versions of the game, including the Switch one, will also get an update with additions and improvements, including the Netflix content.

If you’re more interested in the games, CD Projekt is working on multiple projects including the beginning of a new mainline trilogy, while a remake of the original game of the series is also being developed.