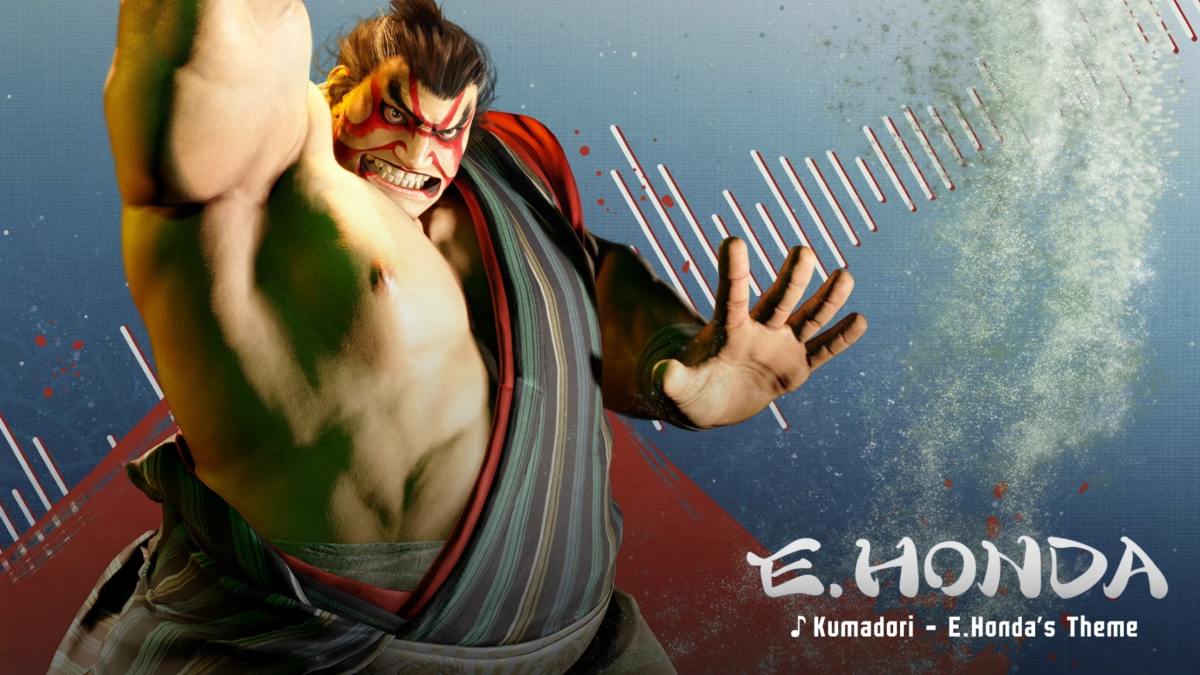 The video showcases the theme for E. Honda, titled “Kumadori” and follows another (which I missed, so I’m just adding it here) for Dhalsim, titled “The Great Sunlight.”

As usual, both themes are completely new and composed for the upcoming game. That being said, given the nature of both characters, who are strongly linked to the traditions of their respective countries, these sound perhaps more familiar than other theme tracks created for other characters.

Speaking of which, several more theme songs have been released over the past few months, including these for Chun-Li and new-ish character Luke (he was the last DLC for Street Fighter V), the theme for Ryu, the music created for Jamie, the theme made for Guile, the music composed for Juri and Kimberly, and the one for Ken. Some of them sound familiar, some a little less.

At the moment, the characters revealed are Ryu, Chun-Li, Ken, E. Honda, Blanka, Dhalsim, Guile, Juri, Jake, Kimberly, and Jamie, with the latter two being completely new. I suppose there are plenty more to come, but for now, we have to wait and see. It’s been a while since the latest reveal made at Tokyo Game Show in December, so we’re due to see more, perhaps at The Game Awards next month.

In the meanwhile, if you want to get a feel for the game, you can read our hands-on preview.