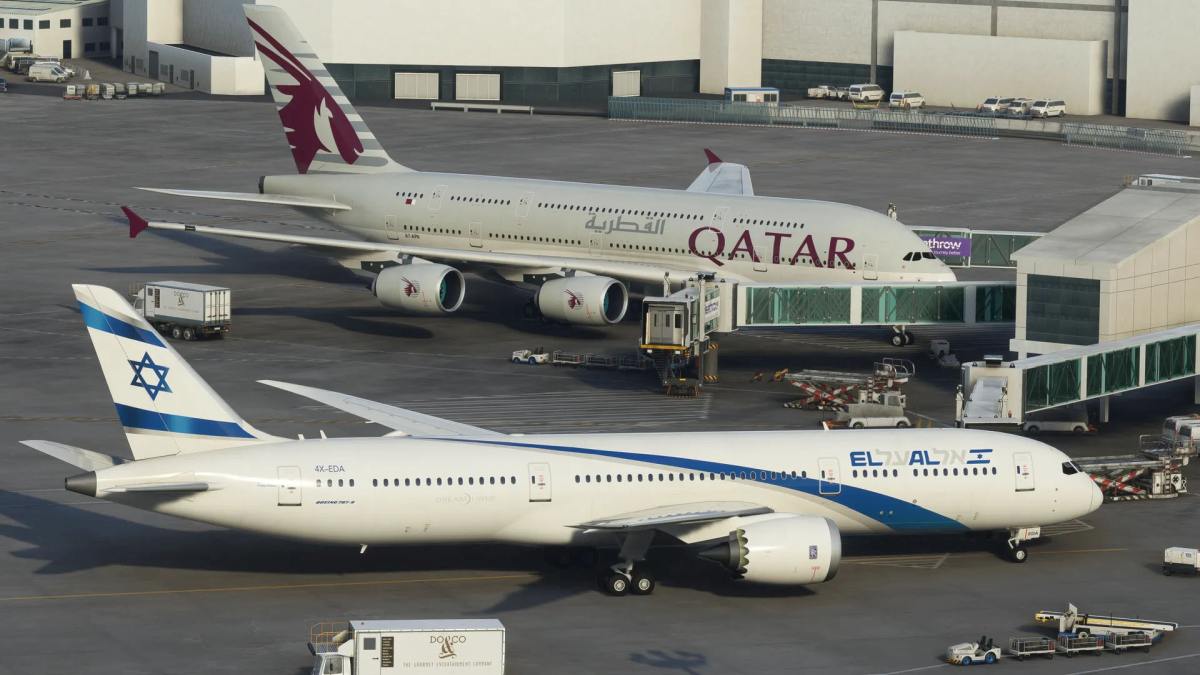 We start with FS Traffic AI add-on by Just Flight, which showcased quite a lot of its really spiffy models.

The add-on has moved from development to bug fixing, and new animations have been added including flaps, reversers, and more, on top of new effects (contrails, engine heat blur, exterior lighting, touchdown smoke),

The developers are aiming to make the add-on as simple to use as possible. You install it, and the traffic will appear in the sim.

All 41 models have been completed and the majority of the liveries have been painted. There will be more than 700 liveries at release and further liveries and airliners have been commissioned and will be added with free updates.

It’s worth mentioning that the feature has not been tested yet with the beta of Sim Update 11, so that will have to happen after it officially launches.

That’s also why the developers haven’t detailed AI behavior yet. In the meanwhile, you can enjoy the screenshots below.

We also take a new look at Newark Liberty International Airport (KEWR) in the United States by Drzewiecki Design.

Specifically, the developers showcased one of the terminals, the ships of Port Newark, and more.