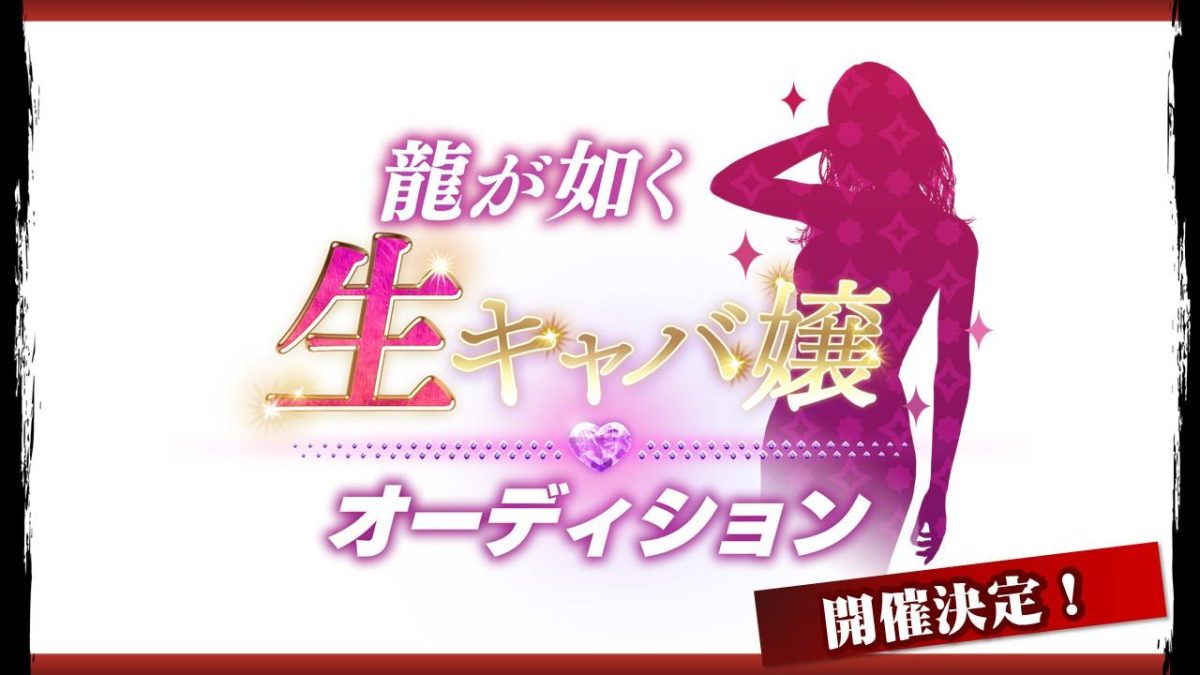 Today, Sega’s Ryu Ga Gotoku Studio took to Twitter to reveal that the Cabaret Club minigame will be included in the new Yakuza game Like a Dragon Gaiden: The Man Who Erased His Name.

The news comes in the context of an announcement for the Japanese audience regarding an audition to recruit actresses for the feature.

This contest, which has been traditionally hosted for past games of the series, will select actresses that will play the role of hostesses working at the club and will get the opportunity to appear both in gameplay and live-action video, on top of participating in promotional activities. For instance, past winners were present at the booth at Tokyo Game Show and at similar events.

On top of that, the overall winner will also participate in the next full game of the series, tentatively titled Like a Dragon 8, which will launch in 2024. The specific role remains to be decided.

If you’re not familiar with the series, a “cabaret club” is a very literal translation of the Japanese slang term “kayabakura” which is, in turn, a wasei-eigo (a widespread anglicism in the Japanese language) term used to indicate Hostess Clubs.

These establishments are a long-standing and somewhat controversial tradition in some of the more seedy Japanese districts, like Kabukicho in Shinjuku, Tokyo, which inspired the Yakuza/Like a Dragon series’ Kamurocho district. Basically, they are establishments popular mostly among businessmen in which they can pay to drink and engage in conversation with the ladies working there.

This feature has traditionally appeared with various minigames in the series, including one in which the hero has to manage the club itself, also giving makeovers to the recruitable ladies who work there. The male version of these establishments (Host Clubs) has also appeared less frequently, with traditional hero Kazuma Kiryu even working as a host himself.

It’s worth mentioning that, while western media often associates Hostess and Host clubs with some form of sex trade, also prompted by some depictions in Japanese media, they’re usually strictly regulated ad sexual interaction with the hostesses and hosts is absolutely not permitted.

Like a Dragon Gaiden: The Man Who Erased His Name will be released in 2023 following g Like a Dragon: Ishin! in February. It’ll reveal what happened to Kazuma Kiryu after the events of Yakuza: Like a Dragon and before Like a Dragon 8, in which he will return as a co-hero If you’d like to know more, you can read our interview with director of Ryu Ga Gotoku Studio and executive producer Masayoshi Yokoyama.