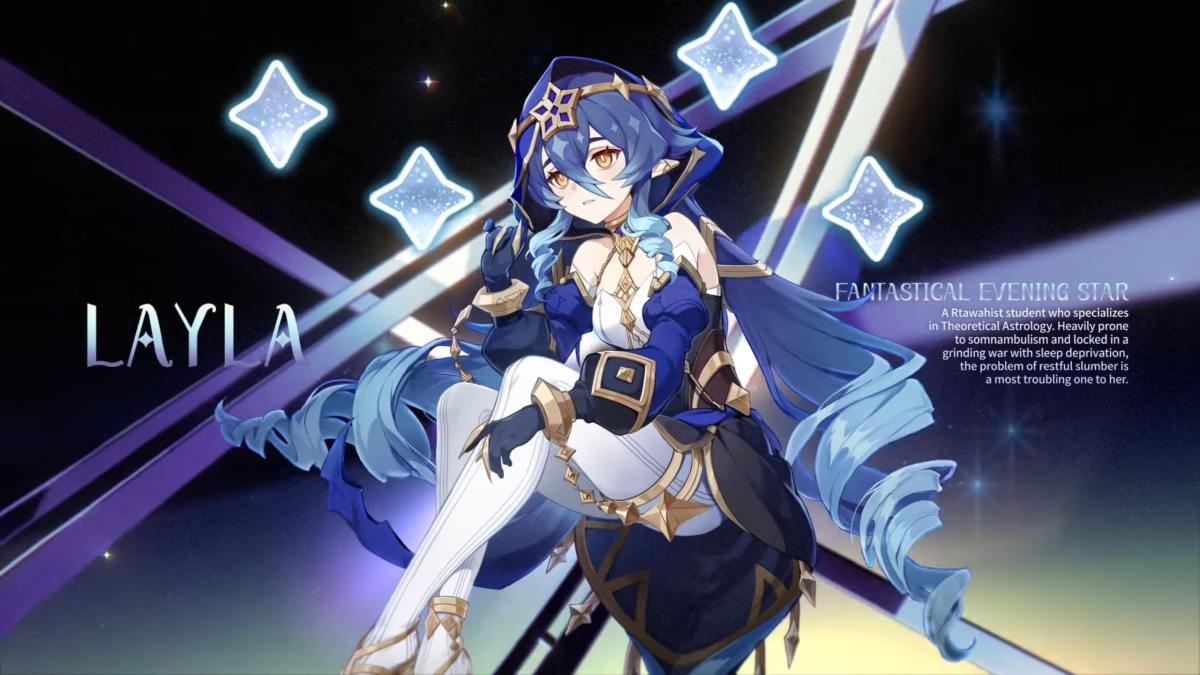 This video is all about Layla, the second new character that will be added in version 3.2 following the launch of Nahida on the first day of the update.

She will get her own wish later this month, albeit we still don’t know when. That being said, when this kind of trailer starts rolling out, it usually means that a character’s release is drawing close. We’re likely to hear more soon before HoYoverse starts preparing to reveal version 3.3.

She is a student at the Akademiya and apparently, she works so hard that she has developed insomnia. While this may not be so uncommon, hers is extremely severe, leading the poor girl to be extremely sleep-deprived. On the other hand, this gives her plenty of chances to observe the stars and connect with them.

While this is more of an introduction, we get to see glimpses of her gameplay. If the developer follows its usual patterns, we’re going to see a much more in-depth gameplay trailer explaining all of her moves the day her wish releases.

Layla’s voice actors are Ashely Biski in English and Miyu Tomita in Japanese. You may know her as the female protagonist in Fire Emblem Warriors: Three Hopes and Chuatury Panlunch in the brand new anime series Mobile Suit Gundam: The Witch from Mercury.